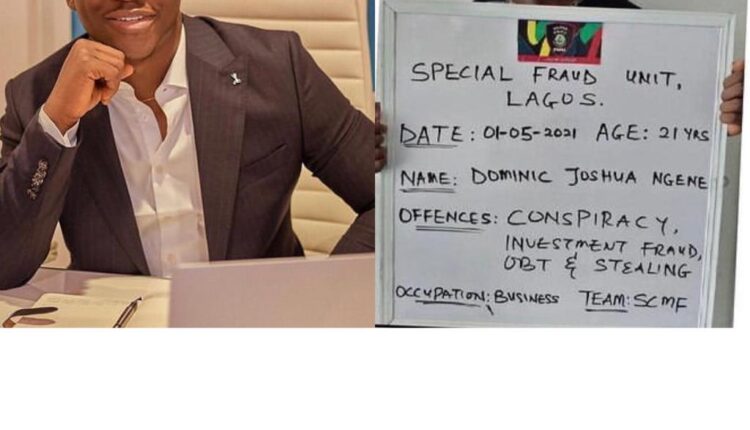 The 21-year-old, an indigene of Ebonyi State that operates from Uyo, the Akwa Ibom state capital, was arrested following petitions from some of the investors he allegedly scammed in cash and cryptocurrency trading.
As gathered,  Joshua lures his victims via social media platforms, as well as newspaper publications where he presented himself as a financial investor that deals with funds for private and public companies.
Joshua allegedly promised investors a 60 percent return on investments in bitcoin, real estate, forex trading and oil, and gas.
The  Commissioner of  SFU, Anderson Bankole, who confirmed the arrest said the funds which belong to over 500 investors were diverted to sponsor extravagant lifestyle, parties, exotic cars, luxury watches, and real estate in Abuja, Lagos, and Port Harcourt.

The Commissioner said the suspect after investigations confessed to the crime but pleaded to be given time to return the monies.

The SFU said some of the properties and items purchased with the diverted funds have been recovered from Joshua, adding that he would be charged at the Federal High Court as soon as the strike by the Judiciary Staff Union of Nigeria (JUSUN) is called off.

Bankole also advised the public to be wary of investment/portfolio managers that promise very high returns on investments.