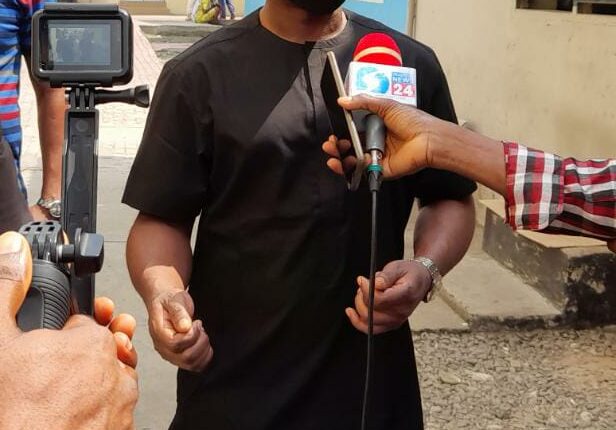 The Nigerian Police, Lagos Command has arraigned owner of Club Victoria, Owede Bruno, before a Magistrate Court sitting in Ebute-Metta for violating coronavirus guidelines introduced by the Federal Government to break the virus chain of transmission across the country.

As stated, the 42-year-old owner of the nightclub located at Ajose Adeogun, Victoria Island axis of the state, was arrested before his arraignment for flouting safety protocols by opening his facility for clubbers and fun-seekers when the government had imposed restriction on their activities.

Bruno was arraigned before the court on a four-count charge on Wednesday in line with the provisions of the Criminal Law of Lagos State.

The court after listening to his counsel’s plea, however, granted the defendant bail at the sum of N2 million with two sureties in like sum.

In its ruling, the court further held that one of the sureties must have blood ties with the suspect while the other must have a landed property in Lagos with a Certificate of Occupancy (C of O) to show as proof.

Also included in his bail conditions were two years tax clearance and COVID-19 result with less than seven days after the date of issuance.

Speaking after his arraignment, the state’s Commissioner of Police, Hakeem Odumosu, said that Bruno’s prosecution was in line with the command’s commitment to arrest and prosecute club owners who encourage fun-seekers and clubbers to patronize them despite the spike in the recorded cases of the pandemic.

Odumosu, in a statement by the command’s spokesperson, Muyiwa Adejobi, reiterated the command’s readiness to consistently go after violators of COVID-19 protocols including club owners who remain recalcitrant.

The Lagos police boss furthermore cautioned Lagosians against violating preventive measures and protocols being put in place by the government to halt the spread of the pandemic across the state.

It would be recalled that the Odumosu had during the weekend led a team of policemen to raid some clubs, including Club Victoria’s, where one hundred and forty-three (143) clubbers and strippers were arrested and thirty-four cars impounded. The suspects were immediately charged to court the same day.