We are yet to endorse Tinubu, Obi, others- Wike 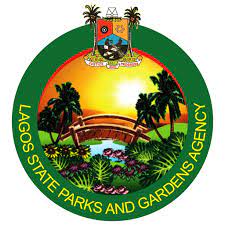 As part of measure to reduce effect of climate change and beautify Lagos landscape, the State Parks and Gardens Agency (LASPARK) has converted a setback on Lekki-Epe Expressway to an Urban Forest park and has targeted other locations for such conversion across the state.

LASPARK said that the land at Abraham Adesanya Estate end of the road, previously characterized by heavy unauthorized activities, was converted to an urban forest to serve public needs particularly to become a recreation centre for Lagosians.

Addressing newsmen at the launch of the park, the General Manager of LASPARK, Adetoun Popoola, stated that it was part of activities set aside to celebrate Year 2021 World Environment Day organised by Ministry of the Environment and Water Resources.

Popoola added that the agency would be working on other locations for conversion, just as she appealed to Corporate individuals and organisations to also ‘adopt’ open spaces, parks and gardens in line with the agency’s drive for a beautiful, healthy and sustainable environment.

The LASPARK boss added that the agency would be available to assist them to ensure that they put to good use open spaces that were already been landscaped or earmarked for beautification, thus, providing opportunities for development of scenic, ornamental and edible gardens, plant nurseries.

Popoola stated that the garden provides space for rest and recreation in the middle of the built environment where both adults and children can play, read a book, relax and even purchase indoor and outdoor plants and flowers to take home.

She, meanwhile, urged inhabitants of a fast growing city like Lagos to find simple but impactful ways to get involved with ecosystem restoration like earmarking spaces within their communities – homes, offices, schools etc. to create gardens and plant trees as well as flowers.

The general manager added that planting of trees and reducing single-use of plastic and recycling would help the state tackle global warming, saying, the establishment of the Urban Forest is one of the ways that the Lagos State Government is leading by example.

She urged Lagosians to use public spaces responsibly and that the space is a proof of concept for further establishment of urban forest parks and gardens across the city to provide a safe haven for nature to flourish and valuable biodiversity to thrive as well as spaces for human recreation, ecotourism, job creation, enhancing resilience to natural disasters through climate action etc.

While declaring the Park open for public use, the Commissioner, Ministry of Environment and Water Resources, Tunji Bello emphasized the need for massive acceleration of global ecosystem restoration efforts to fight the climate crisis, enhance food security, provide clean water and protect the earth’s biodiversity.

Bello said Lagos State has witnessed tremendous social and economic development which has inadvertently adversely impacted the environment in both scope and severity.

“We have chopped down forests, plowed the grasslands, slaughtered wild life, filled wetlands and polluted the air and water. The causes of degradation are many have impacts at different scales. These impacts have pushed the ecosystem to the breaking point”, He added.

The Commissioner stressed that ecosystems can be restored by planting more trees, saying trees can help rebuild carbon stores in soils, making them more fertile so the growing population can feed adding that in ensuring a safe, resilient and sustainable Lagos, there is an urgent need to respond to the decade-long call to action by joining the rest of the world to combat the unsustainable consumption of natural resources.

Synagogue confirms T. B. Joshua passing on ahead 58th birthday