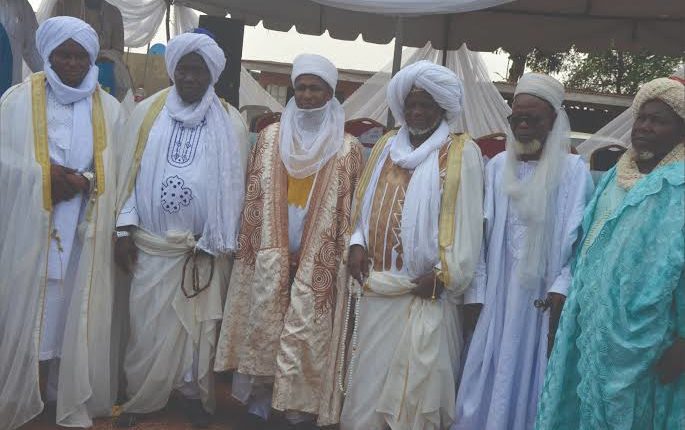 The Lagos State league of imams has called for a statewide prayer to confront the deadly coronavirus, saying such intervention will assist in early containment of the viral infection.

It explained that the spiritual excercise had become imperative following rises in confirmed cases of the virus in the state which had necessitated the two weeks restriction placed on movement by the state and Federal Governments as part of measures put in place to mitigate spread of the virus.

Towards this end,  the state’s Chief Imam, Sheikh Sulaymon Abou-Nolla and Baba Adinni of Lagos, Sheikh AbdulHafeez Abou, have directed all the imams in the state to pray for early containment of the global pestilence in augmenting government’s effort in its fight against the disease.

The duo, through a statement jointly signed and released to newsmen on Thursday, said a special prayer had been planned to hold at the Lagos Central Mosque, Idumota before the declaration of lockdown by President Muhammadu Buhari.

“In view of this, we directed the divisional imams to hold the prayers in their various mosques without contravening the social distancing regulations. They should not gather people. Let them just include the Coronavirus prayer in their regular prayers after the daily Salat,” he said.

On his part, the Chief Imam hailed the Imams for complying with the suspension of Jumat service across the state as directed by the stakeholders.

Sheikh Abou-Nolla urged them to always educate their congregation on the danger of not maintaining social distance.

He advised Lagosians to compliance with government’s directives on what they should do to prevent the coronavirus from spreading further.

“Our people need to understand that the world is battling with a deadly disease that has become pandemic. We cannot afford not to be part of the solution. As the government tries to contain the virus, we must support them with prayers and adhere strictly to the government’s directives,” he said.

The Chief Imam urged Nigerians to maintain a high level of hygiene and avoid large gathering.

“We should all shun crowded place and our Mosques should not be crowded by worshippers,” he said.

Special Adviser to Lagos State Governor on Islamic Matters, Abdullahi Jebe, said that prayers and compliance with government directives would go a long way to contain the Coronavirus.

Alhaji Jebe advised Muslims not to congregate more than 20 people in the mosque as such will enhance spread of the virus.

“You should also try to provide sanitisers at the mosque’s entrances for worshippers to use before and after Salat (prayers).