Oyetola is destroying my legacies in Osun- Aregbesola 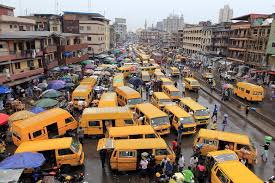 As Friday drops down cotton for the week, Lagosians may have to start preparing their legs’ muscles in anticipation for the number of miles they are likely to cover by voluntarily trekking to various destinations, in demonstration and commemoration of 2022 car-free day, which was announced by Lagos State Government and its partner, Lagos Urban Development Initiative (LUDI) that came with the idea.

Whether the trekking would be similar to that of old Israelites, it is just a matter for Lagosians to wait for the day,  but thanks to Lagos state government for fixing such a day on weekend, saving thousands of employees who would have either trekked or ride on bicycles to Vitoria Island, Ikoyi and other far distance in answering their daily calls.

Although, the car-free day, fixed for Sunday, was said to had been put in place to encourage residents in taking up active and inclusive means of transport, such as cycling and walking,  and that the demonstration would also reduce environmental pollution.

As gathered, the state government, after declaring 25th of September for the demonstration, assured to make roads free for every able Lagosian willing to participate in the exercise by diverting traffic across other identified areas.

The Lagos State Commissioner for Transportation, Frederic Oladeinde, explained that the aim of the initiative was to create awareness about the benefits of non-motorized transport systems that aid a drastic reduction in environmental pollution.

Through a statement made available by the ministry on Friday to journalists, Oladeinde stated that the initiative would also bring down insufficient physical activity and sedentary behavior, as well as promote the health of Lagosians regardless of age.

The commissioner disclosed that traffic would be diverted across selected areas so as to make the exercise smooth for Lagos residents who wish to join the demonstration and advocate for a reduction in environmental pollution.

He assured that the state’s Traffic Management Authority (LASTMA) would work with Lagos Police Command in managing vehicular movements on diversion routes just as he urged residents to cooperate with the interventions put in place to minimize inconveniences.

He said: “As a result of the program, traffic would be diverted around Alausa-Ikeja as cyclists would use governor’s office road, through Mobolaji Johnson Ave, Billings Way, Obafemi Awolowo Way, Aromire, Adeniyi Jones, and Oba Akran Way for a bicycle ride to mark the event”.

Oladeinde noted that there was a significant drop in air pollution recorded during  Covid-19 pandemic lockdowns and that reduction of vehicular carbon emissions into the atmosphere during the period improved health practices across the world.

He explained that vehicular emissions had become a global issue particularly in Nigeria, as well as other developing countries, where it was discovered that 25 percent of the air pollution problems were from automobile exhaust.

“This is very evident in the number of unroadworthy, smoky vehicles plying our roads on daily basis, causing not just health issues but visibility problems and sometimes accidents,” he added.

He indicated that the car-free-day provides cities and governments opportunity to do more in advancing public transport systems which can be run more efficiently through the provision of viable and reliable alternatives to cars in the urban areas.