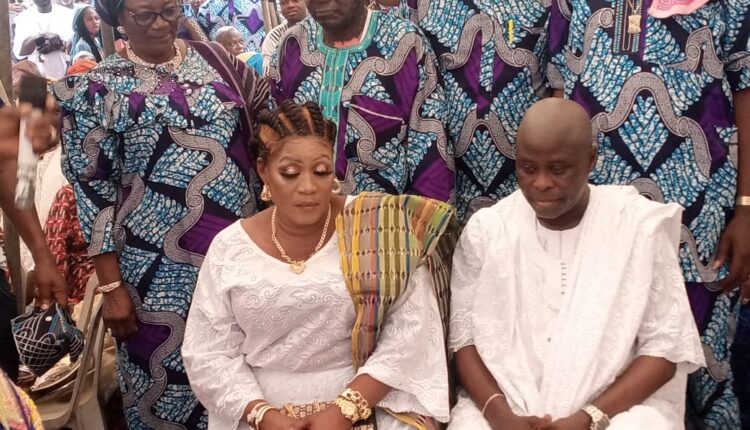 In recognition of numerous contributions made towards the growth of Egbe-Idimu Local Council Development Area (LCDA), the Oba of Egbe Kingdom, Oba Ashimiyu Olorunfemi, has conferred historical chieftaincy titles on prominent residents of the council.

The title of Bobagunwa and Yeye Bobagunwa of Egbe Kingdom was conferred on a businessman, Ganiyu Ojewale, and his wife, for their contribution over the years including human developments of residents within the monarch’s territory.

At the installation ceremony yesterday, Oba Olorunfemi stated that the conferment of the title was his recognition of Ojewale and his spouse’s contribution towards addressing whatever issues affecting the Kingdom’s progress.

The monarch further tasked the new titleholder and the wife to consider their chieftaincy title as a call to further do more for the developments of the Egbe Kingdom, saying this requires that you do more for the Kingdom

He, meanwhile, assured indigenes and residents of the Egbe kingdom that under his reign, contribution immensely to developments of the town would be surely rewarded.

Speaking after the conferment of the title, the Bobagunwa, who spoke on behalf of the couple, assured the monarch, chiefs, and residents that they would be embarking on more activities that could result to the development of the Kingdom.

240 inmates escape during jailbreak in Kogi