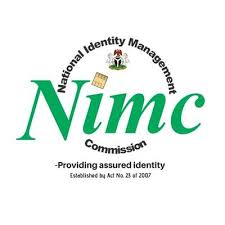 The Nigerian Security and Civil Defense Corps (NSCDC)  has arrested a man, Olalekan Abdulrasheed, who has been parading himself as a staff of National Identity Management Commission (NIMC) in Lagos office and swindling unsuspecting members of public on pretext of providing assistance to people who are in need of securing national identity card.

It was learnt that Abdulrasheed, until his arrest, was known for impersonating as one of the commission’s staff and that he charges his clients N3000 to process applications.

Confirming the arrest, the corps’ Public Relations Officer, Kehinde Bada, disclosed his office received several complaints on how Abdulrasheed had been milking applicants and dissuading them from right process in order for him to carry out his nefarious activities.

The corps hinted that the suspect, who presently in custody of NSCDC, would be charged to court and advised public to report such cases to its office, warning that applicants should desist from patronizing touts.

According to the agency, application for national identity card is free and no member staff of the commission is allowed to receive money from applicants before processing applications.

“At about 6:00am, a suspected impersonator under the guise of assisting applicants to obtain the national identity number was arrested by the men of NSCDC within our office’s premises having collected the sum of three thousand naira from each victim.

Abdulrasheed has swindled many unsuspecting applicants in the past but ran out of luck when a parent reported him”.