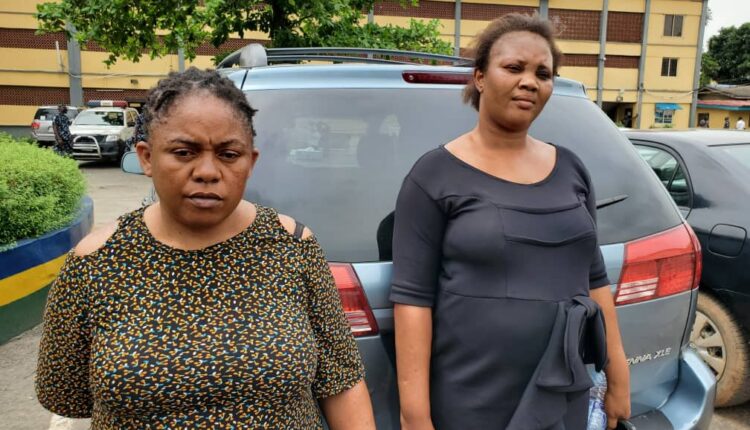 Tragedy has struck in Ikotun area of Lagos State after a 65-year-old man slumped and died during an argument with his alleged lover and friend to the said lover.

The deceased, identified as Osita Anwuanwu, was said to have breathed his last at a restaurant on the street, off Governor’s Road, Ikotun, after a heated argument among the trio.

As gathered, Anwuanwu was said to have visited the bar on the fateful day to check on his lover, one Juliet Eguebor, when the misunderstanding that led to the argument ensued.

Confirming the development, the Lagos State Police Command, through its spokesperson, Muyiwa Adejobi, said that Anwuanwu was certified dead at the General Hospital, Igando after the incident.

He added that operatives of the command have since arrested Juliet and her friend, Ngozi Emezue, for the alleged killing of Anwuanwu at Arida area of Ikotun Lagos State on 8th April 2021.

“The daughter of the deceased, Linda Anwuanwu ‘f’ of Temitope street, off Governor’s Road, Ikotun, Lagos State, reported to the police at Ikorun Division that she was informed that her father, one Osita Anwuanwu ‘m’ 64, same address, was lying down in a bar at Arida after he had a misunderstanding with one Ngozi Emezue, f, 38, and Juliet Eguebor, f, 35. The Police Operatives at Ikotun Division raced to the scene and rescued the deceased to the General Hospital, Igando where he was certified dead,” Adejobi said in a statement.

According to him, preliminary investigation by the police showed that the deceased had gone to check his lady friend, Juliet, who he had not seen for some time, at Ngozi’s bar, where he engaged the duo in a hot argument and physical assault before he slumped.

“The two (2) suspects have been transferred to the State Criminal Investigation Department, Panti, Yaba for proper investigation into the circumstances surrounding the death of Osita Anwuanwu,” the statement added.