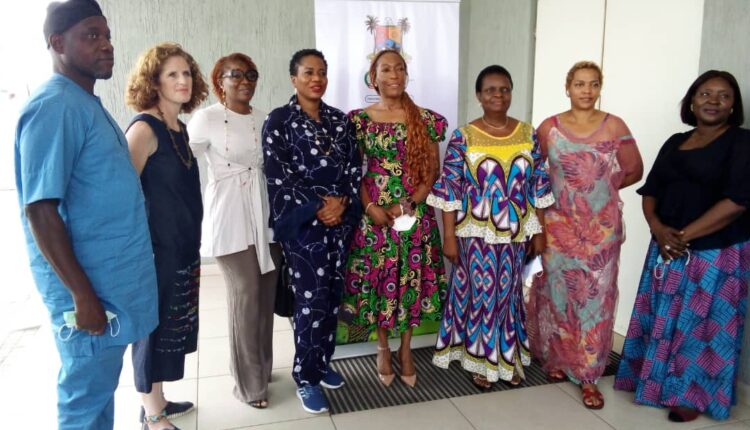 The Lagos State Government and waste managers have drawn plans for plastic waste recycling which would be aimed at boosting the economy of the state through the promotion of circular economy awareness.

The collaboration was necessitated by the state’s agenda to reduce waste particularly plastic across its environs to the barest minimum in order to ensure good environmental space for citizens and aid a better climate through sustainable structures that could be used to recycle plastic waste.

One of the essential propagation of the government and waste managers was that the recycling of plastic is very beneficial particularly as it creates revenue which is what the state wants to achieve in all communities across the state by exploring the opportunities as well as potentials embedded in the circular economy space.

Speaking with The Guild correspondent on Friday, the Chief Resilience Officer, Lagos State Resilience Office, (LASRO), Folainka Dania, emphasized that Lagos State currently generates about 13,0000 metric tonnes of waste per day, adding that what the government was propagating is to work together with stakeholders who are also waste managers to ensure that the ecosystem and climate would be favorable to the health of citizens of the state. 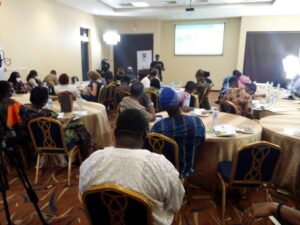 “Circular economy is about reducing waste to the barest minimum. Lagos State as it currently stands generates about 13,0000 metric tonnes of waste per day and what we are propagating is how do we ensure that we can turn this around in ways that are good for the climate, good for health, and good for the people. What we are trying to do is to put in place structures that ensure that we reduce our waste to the barest minimum by reducing our waste and by also recycling our waste and that is all that circular economy is about.” she said.

Dania, said that the partnership between the government and stakeholders is necessary because of what the synergy can achieve through the circular economy, adding that it would create a platform for them to be more involved and suggest ways to better manage waste across the state.

“This program is around mobilizing stakeholders to key into the state’s agenda on the circular economy because it is not something the government can do alone. all stakeholders must be involved in this process and this program is about facilitating that transition, telling people what it is we plan to do as a state, and getting their insights and contributions on how the state can do this better and ways that we can work together.

“What we trying to do is tilted towards ensuring that no waste gets to a dumpsite but as it is first things first, we are saying can we reduce plastic waste which would reduce waste in landfills, flooding and some emissions that goes into the atmosphere from burning of these plastics and overall a clean air for the city and a healthy living environment for all,” she added.

Disclosing some of the steps taken by the government on waste management,  she further said that the government has launched an Eko Circular podcast to educate people on circular economy and what they can do, adding that they equally launched a Lagos circular challenge which is supposed to help people think about how they can help Lagos to become more environmentally friendly in terms of reducing waste.

On her part, the General manager, Lagos State Environmental Protection Agency, (LASEPA), Dolapo Fasawe, noted that plastic wasn’t bad but it was the disposing method that affects the environment and climate change, adding that circular economy is a global trend which everyone should embrace as it is titled towards reducing waste in communities.

“Nigeria used to practice linear economy which means one way but when we talk about the circular economy, it is when we say everybody’s waste is somebody’s raw material. It is an economy where from conception, you’re already thinking sustainability and you want to know what your end product would be. Plastic is totally a bad thing but when it is not properly disposed of, it clogs our drainage system and causes flooding. So, we are saying when you use plastic, reuse it and recycle it. You can use it up to ten times and there are off-takers in this country if you need a list, come to LASEPA. They would take your plastic waste and export it for you which would be made into chairs in China.

“It is a global trend right now because it is good for everyone. All that plastic on the streets if we put it back into the system and export it, we make money. If you as an individual decide to start keeping your plastic and sell to those ones that recycle it, you also make money.” she said.

She further commended Lagos State Governor, Babajide Sanwo-Olu, for being passionate about promoting the sustainability of what LASEPA stood especially in the area of waste management, adding that it has helped the agency to institutionalize it as a continuous culture.

“Babajide Sanwo-Olu is very particular about sustainability and in everything we do from inception to implementation, we are advised to think of how it can be sustainable and institutionalized so that any government that comes in, the project continues to run,” she said.

Also, the Executive Director, Nondunna Limited,  Nonny Ugboma, stressed that the potentials that are embedded in ensuring waste is turned to wealth in the state, noting that there is wealth in waste but it is been mismanaged.

“We have been called upon to work on the project of facilitating circular economy and resilience in Lagos State. Lagos state is already ahead of the game when it comes to promoting circular economy popularity. it is a state that has an agenda and they are doing great things along that path.

What we are doing is to facilitate the integration of different things that are happening in the circular economy space and environmental resilience space. We are going to educate and foster collaborations across the state on circular economy and resilience and new initiatives that can be implemented for the state. Lagos with a population of over 20 million, is the right place to promote circularity. I was giving the statistics of how much scavengers make on a daily basis from waste during my visit to Ojota dumpsite. We realize that potentially there is wealth in waste and we are wasting the wealth in waste by mismanaging our waste.” she said.