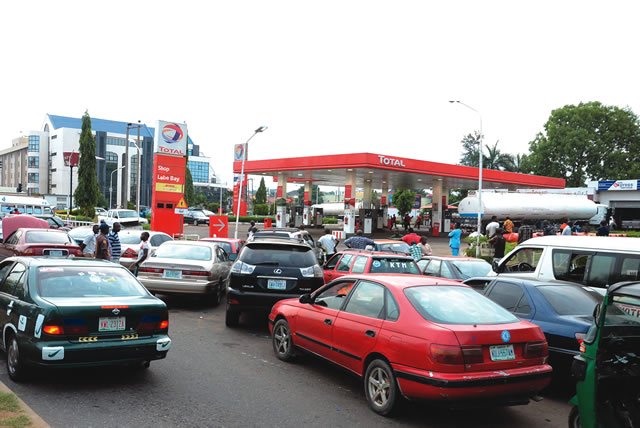 The Lagos State Government has kicked against queuing approaches adopted by motorists seeking to buy Petroleum Motor Spirit (PMS) from filling stations across the state, describing it as indiscriminate and obstructing the free flow of vehicular movements.

It said that the actions of the vehicle owners have increased travel time on the road and that it has mandated traffic regulatory agencies including Lagos State Traffic Management Agency (LASTMA), to impound any vehicle found to be disrupting traffic around petrol stations.

According to the government, while we appeal for orderliness around the fuel stations, any vehicle left on the road halting traffic flow will be towed away immediately.

The Commissioner for Transportation, Frederic Oladeinde, gave the warning while assessing the recurrence of gridlock and increase in travel time along major roads in Lagos.

Oladeinde stated that the fuel scarcity in the country does not give anyone the right to block roads and obstruct vehicular movements, actions that had further crippled business operations.

The commissioner faulted the disorderly often experienced around the stations by some drivers, who queue up haphazardly and disrupt traffic flow around petrol stations.

He urged petrol marketers to ensure that products were sold in an orderly manner that would not infringe on the rights of other road users to free movement.

“The government sympathises with motorists who are enduring the pains of the fuel shortage being experienced across the country. This, however, is no excuse to block roads and impede traffic flow”,

He warned residents that often claimed that the faulty and unserviceable condition of their vehicle was the reason for parking along the road was not tenable, advising motorists to always certify the status of their automobiles before putting them on the road.

“We want our roads to be free; we do not want fuel queues to constitute a burden for other road users in Lagos,” he said.

Oladeinde reiterated that efficient traffic management has remained crucial in the attainment of seamless multi-modal transportation in Lagos and sought the cooperation of the motoring public to ensure that the efforts of the State government yield results.

Tinubu will attend peace meeting with Aregbesola when invited- Aide