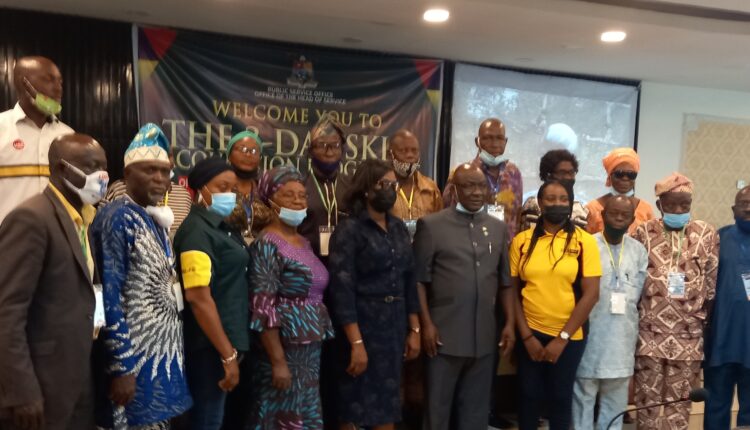 As part of its commitment aimed at ensuring seamless transition for retired civil servants across Lagos State, the State Government has begun training of retirees on startups and business skills such that could ensure continuation of their income stream and augment their pension among other benefits.

It explained that the training and sensitisation were in line with the government’s commitment to welfare of its workforce, particularly the retirees who would be transitioning to another phase of life after serving the state meritoriously for more than three decades.

As said, the training had also been introduced to ensure the retirees learn nitty-gritty of their chosen businesses such that would arm them with technical know-how, relevant information, ideas, and needed tools to run successful and profit-making enterprises.

The Lagos State Head of Service, Hakeem Muri-Okunola, said that the training was to equip the senior citizens on the necessary steps and skills needed to explore the Micro, Small and Medium Enterprises terrain across the state in making extra income and enjoying better retirement years.

Speaking on Wednesday during the opening ceremony of three days Training and Sensitisation Programme on Fish, Poultry and Snail Farming (Senior Category) organised for Lagos State retirees in Alausa, Muri-Okunola, noted that the Governor Babajide Sanwo-Olu-led government had considered the training on startups to keep the retired officers busy and eliminate situations that would lead to early ageing, loneliness and depression.

Aside from the training, he said that the government, through the Post Service Department would follow up their startups and ensure their successes by facilitating mentorship and support from relevant government agencies, among others.

The HOS, represented by Permanent Secretary, Public Service, Office of the Head of Service, Samson Ajibade, recalled that the first edition of the training and sensitization programme held last December recorded huge success, adding that some of the participants would be facilitating sessions during the ongoing training.

According to him, as senior citizens, the retirees have worked tirelessly to sustain Lagos State as Centre of Excellence and therefore deserve the best after retirement hence initiative by the Sanwo-Olu’s administration to support their transition.

“Your retirement is perceived as an opportunity for you to explore and pursue your dreams and aspirations. It is based on this premise, that a form was introduced to you for the purpose of intimating us with your areas of interest in order to facilitate training and provide the necessary support.

“The focus of this training is to equip you with the competencies and innovative skill for Entrepreneurship Development in the areas of Fish, Poultry and Snail Farming. It is my pleasure to let you know that this programme is being held quarterly to empower the teeming population of retirees, ensuring that they remain active, have a veritable source of income even in retirement, become self-sufficient, employers of labour, as well as partners in progress by contributing to the economic growth of the state,” he said.

Furthermore, Muri-Okunola enjoined all beneficiaries to exploit the training opportunity by participating fully in the programme and pay necessary attention to all details that would be provided by the facilitators in order to enjoy full benefits of the training.

Some of the participants at the training said that they are eager to commence their startups and get busy with income-earning activities after retirement, adding that the opportunity provided by the government would serve as needed boost for their lives after service.