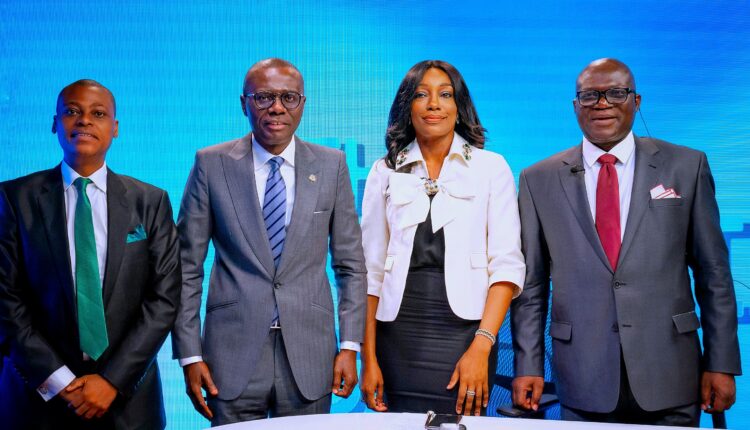 Following reports submitted by law enforcement agencies on security challenges across Lagos resulting from buildings abandoned by owners, the State Government has disclosed plans to take over all abandoned buildings which their several years of abandonment have resulted in conversion into a hideout for criminals that have continued to attack Lagosians, dispossessing them of their property.

The state government noted that the entire abandoned buildings across Local Government Areas (LGAs) and Local Council Development Areas (LCDAs) have been identified and profiled for immediate actions including taking over of the premises.

Disclosing possible fate that awaits owners of abandoned buildings, the State Governor, Babajide Sanwo-Olu, explained that the move was to ensure criminals do not have any hiding place, saying the abandoned structures that may serve as safe haven for criminals have been compiled for onward actions.

Sanwo-Olu, who disclosed the plans on Monday during a popular television programme, assured Lagosians that the administration would be taking proactive action towards ensuring that the buildings do not become security threats in communities where they have been found.

While sharing details of his administration’s achievements in the last two years and plans to boost development across the state before expiration of the administration, the governor disclosed that he was currently reviewing a 250 pages report detailing locations and other details of the abandoned buildings dotting Lagos landscape.

He said: “Two days ago, I receive a report of abandoned buildings across the State from Neighbourhood Watch. The list is about 250 pages with addresses and pictures of the buildings. These are some of the places where criminals and miscreants hide to launch their activities. We are passing this list to security for immediate response and actions. This surveillance speaks to the necessity of state police. All the preventable criminalities happening are because we have not agreed as a nation that there should be the state police.

“We have been an advocate of state police and it is one of the submissions I made at the recent public hearing on a constitutional amendment in Lagos. State police is a force whose time has come. Whether it is Amotekun or Neighbourhood Watch, these are all pointers to the necessity of States to have police to make them stronger.

“All the kidnapping and killings we have been witnessing can be nipped in the bud. Our challenge in Lagos is not having forests where kidnappers hide; it is more about cultism. I need to think global but localise my response to these challenges,” Sanwo-Olu added.

Sharing his opinion on the suspension micro-blogging site, Twitter, by the Federal Government, Sanwo-Olu said: “Mr. President, who is the Commander-in-Chief, may have some security information, which I do not have as a sitting Governor. I won’t say what the Federal Government or Twitter has done is right or wrong. What I see is that, on both sides, there are issues that can be resolved.

“So, in this period of suspension, let us sit and have a conversation. Had it been Twitter has an office in Nigeria, issues would have been resolved a lot quicker. In other climes, Twitter signs agreements on the rule of engagement. I don’t think that has happened here. The Federal Government, I believe, can handle the issue a lot better, because of the number of e-commerce firms and youths that are engaging in digital stuff.

“I believe there should be a lot of restraint and better management from both sides. I’ll plead that both sides come together in the next one or two days and resolve this. We should not politicise this issue. People are losing money and economies are being destroyed, but there are also security issues. I am ready to give quality advice on what needs to be done if I’m called upon.”