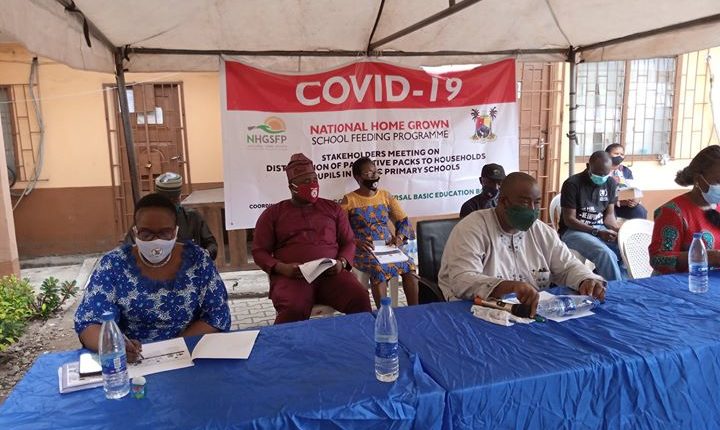 The Lagos State Government has disclosed that it is set to restore the confidence of its people in governance through the implementation of the school feeding pilot scheme program.

It said that the much-publicized program would be carried out in an open and transparent manner with aim to endear the government to its people and to restore Lagosians’ confidence in the accountability of the Sanwo-Olu led administration.

The Chairman of the Lagos State Universal Basic Education Board, Wahab Alawiye-King, stated that the administration had realized that systemic failures experienced during the implementation of similar projects in the state, had resulted in a lack of confidence from residents of the region and that the government was determined to win back the hearts of its people through the school feeding initiative.

Alawiye-King, while speaking during a stakeholders’ meeting, assured Lagosians that the state government would ensure that the implementation of the school feeding program was carried out in an open, transparent, and accountable manner.

He said that the state government had learned from previous projects and that steps were being taken in order to ensure that past mistakes in implementation were not repeated.

“We are not unmindful of the fact that politicization, lack of transparency and accountability sometimes associated with government programs have made this Homegrown School-Feeding Programme to attract so much criticism, this further makes us realize that we are under close scrutiny by members of the public and we must not disappoint them”, he said.

The Chairman revealed that the board was working in partnership with relevant stakeholders, including the Education Secretaries in the various Local Government Education Authorities, School-based Management Committees, among others, with aim to carry out a successful implementation of the feeding program.

He assured the people that adequate planning and consultations had been carried out ahead of the program and expressed his optimism that the school feeding initiative would enjoy a successful implementation.

On her part, the Senior Special Assistant to the President on the Project, Titilola Adeyemi-Doro decried media platforms for spreading false allegations concerning the school feeding program and urged Lagosians, and Nigerians in general, to desist from aiding the spread of such baseless claims.

Adeyemi-Doro encouraged stakeholders to ensure adequate sensitization of the people so as to correct the wrong opinions which may have been formed on the basis of misleading information concerning the government drive to feed pupils despite the nationwide schools’ closures.

“As we speak now, it is only Lagos State, Ogun State and FCT that have been paid for the program and as a form of the pilot scheme; the commencement of the program is put on hold in other States, including Ogun State, because we want Lagos State to provide a template for others to follow. This explains the rigorous planning process that we have subjected the initiative to over the past weeks in Lagos”, she said.