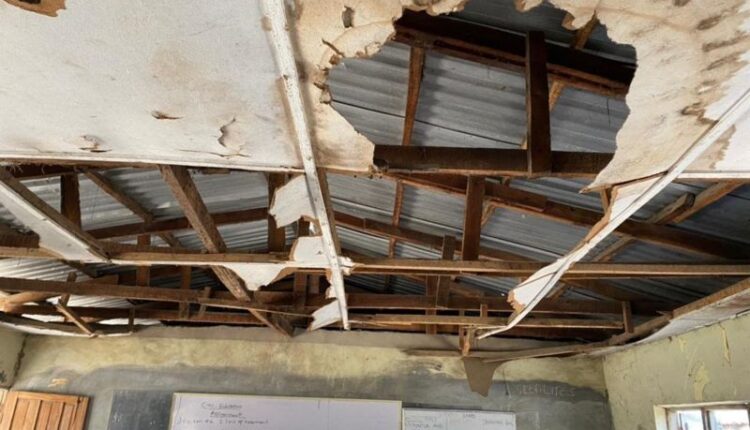 The Lagos State Government has disclosed plans to renovate dilapidated classrooms and provide other basic amneties that will make learning more conducive for Mafuloku Primary School students in Oshodi axis of Lagos State.

The deteriorating classrooms was said to be at Mafulokun Home Economics Centre compound comprising of three schools which include: St. Paul’s Primary school, Aregbe Primary School and Mafuloku Primary School.

The roof of one the buildings was said to have been completely deteriorated, some were leaking roof, some classrooms floor were left bare, not cemented while the ceilings of the roof are in total shambles hanging down in an unconducive state.

Some of the classes in school have chairs which are reportedly broken while others do no have tables and chairs for the students to use and ease their learning experience. 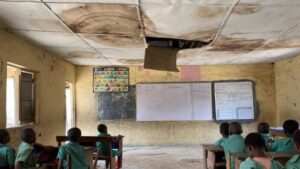 Out of about ten school buildings inside the school compound, about six buildings were reportedly in bad conditions posing harm to the welfare of the schoolchildren.

Disclosing the government plans and progress towards renovating the classrooms, yesterday, the Commissioner for Education, Folasade Adefisayo stated that the Lagos State Government has about 1000 schools across the state which have similar dilapidating state and the Government is working to fix them.

“if you check very well, you will notice that we have renovated many secondary schools across the state. We are simply taking it one at a time”.

She further disclosed that her ministry was renovating some schools, while the state Universal Basic Education Board, SUBEB are working on some schools, adding that some are under the local government.

In the same vein, the Head teacher of St Paul’s primary school, Owonifare, disclosed that the government has already began plans to renovate the classrooms.

“The government has promised to renovate the classrooms. some old students of the school has also indicated interest to repair the classrooms”. She said.

Concerned parents of the students were said to have expressed fears over the bad state of the classrooms which they said might collapse on their if the government do not intervene as soon as possible.

A woman identified as mama Miracle was said to have complained about how the deteriorating nature of the school leaves her children dirty and drenched whenever they return from school.

“Sometimes, when my children come home from school, their uniforms are drenched and when asked why, they say that their classroom was flooded with water. We want the government to come and help us.” she said.

Before now, incidents of dilapidated school buildings or children learning under unconducive environment is not new in Lagos state and some other states across Nigeria. Recently, reports went viral about a private school where schoolchildren sang the Nigeria national anthem inside unclean water in Makoko area of Lagos state.