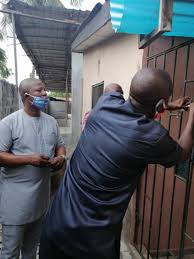 The Lagos State Government has disclosed that it is set to indict the owners of two recently shut hotel and club facilities in the Badagry region of the state for violating the standard operational guidelines for entertainment outfits.

It said that the facilities managements had held activities in contravention of state-issued directives and that appropriate legal action would be taken against them to serve as a deterrent to others who might aim to toe the same line of action.

The Special Adviser to the Governor on Tourism, Arts, and Culture, Solomon Bonu, stated that the government would not tolerate such contravention of rules which had been instituted with aim to ensure the safety of residents’ lives as well as curtail possible spread of the deadly coronavirus pandemic within the state.

Bonu, in a statement released to newsmen, revealed that the entertainment facilities had not only carried out illegal operations but also constituted an enabling environment for prostitution, drug peddling, and other criminal activities for which the state government was set to carry out prosecution.

He said that appropriate legal action would be instituted against owners of the offending hotel and night club, and assured Lagosians that adequate sanctions would be meted out for the contraventions.

“Apart from the fact that these facilities open for normal operations in defiance to the government’s directive, it was also discovered that there is a high level of immorality going on in these places. The Night Club has become home for strippers, drug barons, and all sorts of mischief,”

“We’ll bring the full weight of the law on these erring operators and ensure that they show total compliance level before they can regain access to these facilities. This, the government believes, will send a signal to others who are still operating illegally in different parts of the State”, he said.

Bonu stated that the state government’s monitoring and enforcement drive would continue in several regions across Lagos, with aim to ensure the obedience of entertainment facilities to the issued directives.

He called on Lagosians to provide useful information on facilities that operate in contravention of the state laws, saying that accurate intelligence would aid the government in discovering other hotels and clubhouses that still carried out activities in violation of the operational guidelines.