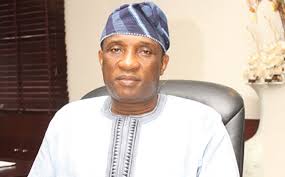 The Lagos State Government has disclosed that it is set to extend ongoing drainage clearing and dredging activities till September 2020, saying that the removal of blockages from channels across the region would ensure unhindered water flow and aid in the reduction of flooding within the state.

It stated that continued maintenance of the state’s water channels had become pertinent in order to effectively provide a lasting solution to the issue of flooding with which Lagos was usually faced and that the cleaning activities would facilitate smooth drainage throughout the year.

The Honourable Commissioner for Environment and Water Resources, Tunji Bello, reiterated that the Sanwo-Olu led administration was committed to putting a decisive end to incidents of flooding in Lagos and said that the move to extend the state-wide dredging of waterways was pursuant to the government objective.

Bello, who spoke with newsmen during an assessment tour of the exercise, revealed that the inspection was in order to ascertain the true condition of canals and drains across the state as well as to identify problem areas for prompt attention.

He said that focus was being placed on clogged up channels and blocked drains which had previously caused flooding in several communities and that efforts would remain ongoing to ensure that such obstructed waterways were dredged accordingly.

The commissioner, after listening to petitions from residents, directed that a renewed dredging exercise should be carried out for the Iju Road Collector Drain/Alamutu Collector (Fagba-Gudugba) and that all illegal structures constructed on the alignment be removed.

He also explained that the ongoing clearing of Ajuwon River, by Iju/Ajuwon bridge, had been necessitated by the need to link up with Yaya Abatan Drainage Channel by Ajobo Street for free-flow of water within the region.

“I will like to appeal to all residents to take good care of these canals and drains as the government is cleaning them. Kindly take ownership and desist from encroaching on canals and drains right of way”, he said.

Also present at the tour, the Special Adviser on the Drainage Services, Engr. Joe Igbokwe, revealed that the ministry would station engineers at various Community Development Areas (CDAs), saying that the staff would ensure adequate monitoring of the channels after completion of the clearing exercise.

In his response, the Chairman of one of the visited communities, Ilo-Awela Community Development Association, Emmanuel Ajayi, expressed his appreciation to the state government for the dredging of the Ilo River Upstream (by Toll Gate, Ifako Ijaiye), and said that the project had immensely reduced the amount of flooding usually experienced by residents in the region.

According to Ajayi, the loss of lives and property due to flash flood incidents had become a thing of the past in the community, and the residents had instituted a committee aimed at monitoring the drains against further refuse build-up after the project had been completed.