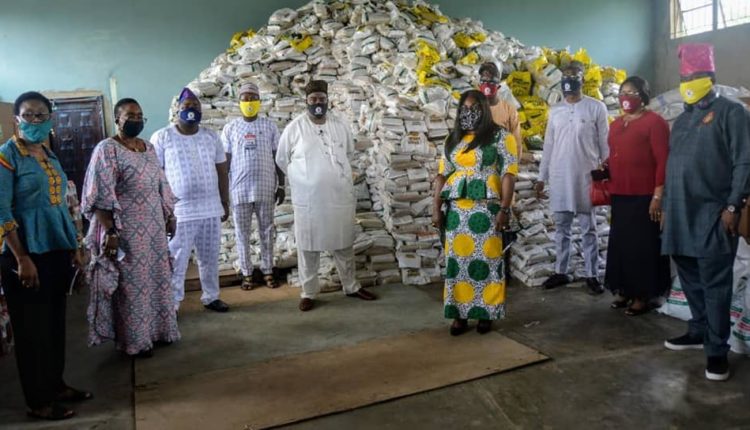 The Lagos State Government has disclosed that it is set to commence distribution of food palliative items to families with primary school pupils, saying that the program would aim to reach over 37,000 households within the state.

It said that the move is in continuation of the Home Grown School Feeding Programme and that it was aimed at ensuring that primary school children in the state receive adequate daily nutrition.

The Chairman of the State Universal Basic Education Board (SUBEB), Wahab Alawiye-King, made the disclosure during a visit to the palliatives warehouse yesterday and assured Lagosians that the relief items would be securely delivered to intended recipients across the state.

Alawiye-King stated that the program would be embarked upon by several government agencies which, he said had been working tirelessly to ensure smooth implementation of the palliative distribution drive.

“The program is under the Federal Ministry of Humanitarian Affairs, Disaster Management and Social Development, Home Grown School Feeding Programme, in collaboration with the Lagos State Government through the Universal Basic Education Board and all stakeholders in the basic education sub-sector,”

“The school feeding program can not be sabotaged or high-jacked. We need to understand that the school feeding program has been running before now; it is targeted at primary 1-3 pupils in public primary schools. We have gone around using our school vendors and school management board based on available data to identify and verify the households that will benefit from the program”.

The board chairman assured Lagosians that the exercise would be transparently implemented, saying that the process would be monitored by local as well as international organizations.

He revealed that the palliatives distribution was slated to reach over 37,589 homes during its pilot phase and that over 202 centers had been designated as disbursement points for the relief items.

“202 centers are designated for the distribution of food packages which include 5kg of Rice, 5kg of Beans, 2 Rolls of Sachet Tomato Paste, 500ml of Palm and Groundnut Oil, Salt and 12 Eggs”, he said.

On her part, the Special Adviser to the President on National Home Grown School Feeding (NHGSF), Titilola Adeyemi-Doro, disclosed that the Federal Government was coordinating the distribution process while allowing the state government to take ownership of the program.

Adeyemi-Doro expressed appreciation for the work put in by the Lagos SUBEB, saying that the board had taken the lead in collaboration with other stakeholders in the educational sector with aim to ensure the successful implementation of the feeding program.