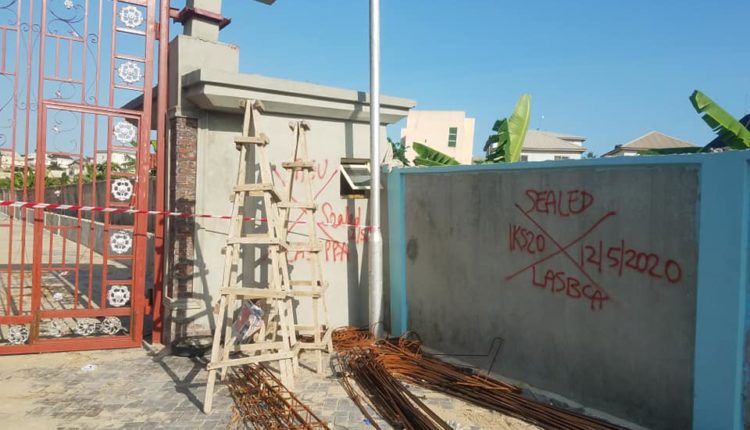 The Lagos State Government has disclosed that it is set to seal all illegal structures as well as distressed buildings within the Magodo Wetland region of the state, saying that there would be a zero-tolerance for unapproved property development within its borders.

It said that buildings which showed signs of structural instability such as tilting and cracking would be sealed in order to prevent possible occurrence of fatal accidents in the region and that illegal encroachments on sensitive ecological zones such as the wetlands would not be tolerated.

The Commissioner for Physical Planning and Urban Development, Dr. Idris Salako, stated that in order to maintain a safe, orderly and liveable environment, it was pertinent to ensure that unapproved buildings and other illegal structures were sealed off from public use, adding that the government was set to carry out the necessary implementation.

Salako, while speaking to newsmen during an assessment visit to the region, confirmed that directives had been given to relevant agencies for the sealing of illegal buildings and structurally compromised structures in the Magodo Wetlands region as well as in other vulnerable landscape areas across the state.

He said that the move had become imperative as a result of the rising need to prevent the abuse of all green belts, gorges, water bodies and wetland regions in the state, saying that the Sanwo-Olu led administration placed premium on the preservation of the natural environment.

Salako assured Lagosians of the government’s commitment to providing a safe and well maintained environment for its people and said that his ministry would continue in efforts to enhance, sustain and apply the state’s policies and operational development plans.