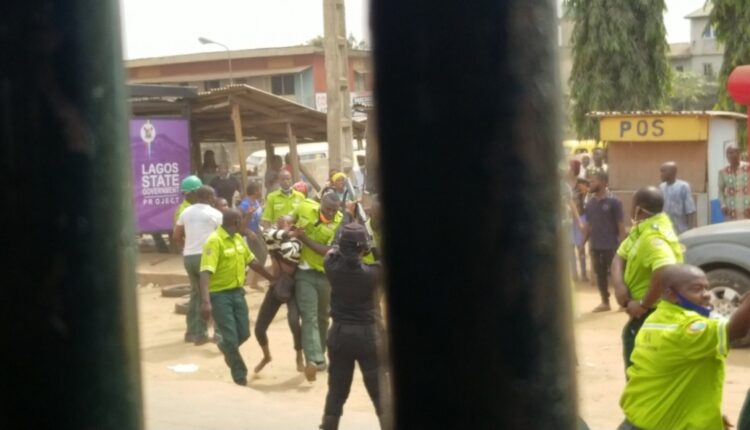 The Lagos State Government has apologised to the management of Guild Press Limited, and one of the company’s staff, a journalist, Benjamin Anaja, who was brutalised by officials of Kick Against Indiscipline (KAI) for recording and taking pictures during the agency’s enforcement operation at Meiran bus stop along the Lagos-Abeokuta Expressway.

Aside from the apology, the government indicated that the incident would be thoroughly investigated, adding that all the KAI operatives mentioned in the viral news report would be interrogated and any officer found culpable would be dealt with in accordance with the law.

The State Commissioner for the Environment and Water Resources, Tunji Bello, who frowned at the KAI officials’ action said that machinery would be set in motion to ensure the perpetrators are brought to book in sending signals to others who may want to infringe on citizens rights in the nearest future.

Bello, in an apology, conveyed through a statement and made available to The Guild on Thursday, said that while the incident was regrettable, the Governor Babajide Sanwo-Olu-led administration placed priority on citizens’ rights and that the KAI officials action does not represent what the state stands for.

According to him, the present administration in the state has a zero-tolerance for any form of brutalization of members of the public by any of her staffers or agents.

“The State apologized to the victim, the management of the Guild publishing company, and the Nigerian Union of Journalists, promising that such an unfortunate incident will not repeat itself.

“The complainant would also be invited to come forward and substantiate his complaint and possibly identify the culprits who attacked him despite identifying himself as a journalist.

“The present administration under the leadership of Governor Babajide Olusola Sanwo-Olu believes in a free and unfettered media which is a basic requirement for a better and egalitarian society,” Bello said in the statement.

Reacting to the development, the Publisher, The Guild, Abdulwaheed Usamah, who condemned the agency’s officials’ brutality, commended the state government for responding to issues and taking necessary steps in arresting the present situation and future occurrences.

“Since Lagos state government has promised to investigate the assault, the matter has been left for those in the authority to handle. The Guild Management and Nigerian Union of Journalists (NUJ) will continue counting on governments and their agencies in respecting the journalism profession.

“The Lagos state government immediate response to the matter is a sign that the government has respect for journalism profession and will continue maintaining a good relationship with those in the filed.

“Injury to one, is injury to all. Reporters, correspondents, and other media professionals must always be respected by law enforcement agents and those in charge of some government offices. Attacking journalists and assaulting media professionals will not always go down well.”