2 die during auto crash in Jigawa 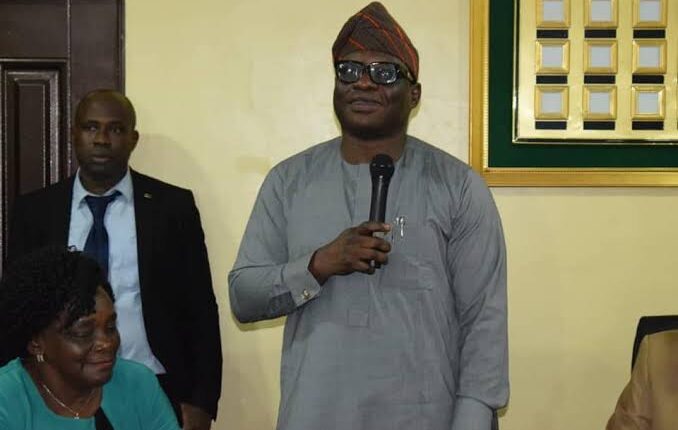 Share
Barely a year after resolving National Youth Council of Nigeria, Lagos State Chapter crisis and supervise conduct of a peaceful election, the State Government has charged the newly sworn in council executives to rebrand the chapter’s image and advance youth course.
It said that the youths especially the executives should shun all vices and complement government vision in order to bequeath legacy of a greater Lagos to next generation of Youths in the state.
The Commissioner for Youth and Social Development, Olusegun Dawodu, charge came after the newly elected officers were sworn in following a peaceful conduct of their election at Teslim Balogun Stadium, Surulere amidst strict adherence to all Covid19 safety protocols.
Dawodu, in his congratulatory message to the Youth chairman, Olalekan Sulaimon-Oba and other members of the executive, urged the members to exemplify good behaviour and guide their public conduct which would now be subjected to scrutiny.
He said “the Ministry, over the past five years, made several efforts to resolve the impasse within the Council. These efforts paid off toward the end of year 2019 when peace was brokered, with the eventual inauguration of the Transition Committee to oversee the affairs of the Council.”
The commissioner, however, encouraged the new executives to continue to broker peace and guide against issues that could lead to an internal crisis within the Council in the interest of the organisation and the entire youths in the State.
Dawodu who stated that the just concluded election will give the Council a new status enjoined all the candidates who participated in the election to embrace the spirit of sportsmanship and accept outcome of the election.
While thanking the state Governor, Babajide Sanwo-Olu, for his support throughout the transition period, he assured the youths that the administration would continued to promote youth-friendly policies and programmes in the state.
The commissioner promised the youth council of the constant support of the Ministry and State Government as a whole, urging them to explore the open door policy of the Ministry to always express themselves and get the buy-in of the Government in all of their activities.