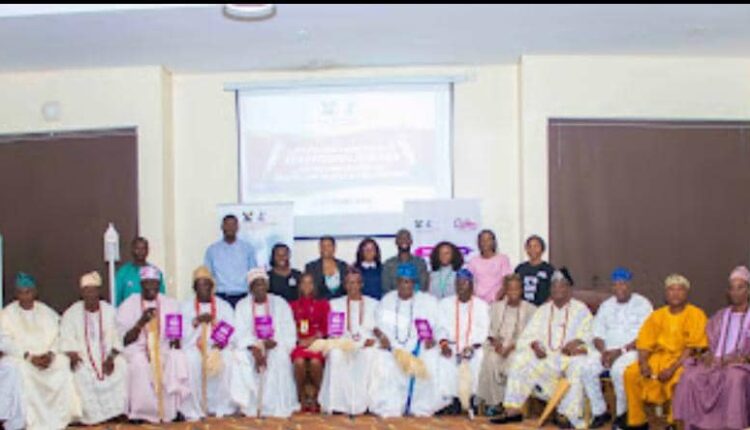 The Lagos State Government has intensified measures to frontally tackle issues concerning domestic and sexual-based violence by engaging traditional rulers across the state on the negative effects of these crimes on society and measures the monarchs’ palace could play to address the scourge.

In line with this, the state government through its Domestic and Sexual Violence Agency (DSVA) has introduced monarchs to provisions of the law that kicked against all forms of violence and how the palace could get support systems for any victim within their territory in Lagos.

The traditional rulers were made to understand the interception between culture and patriarch during a One-day roundtable discussion on the prevalence of sexual and gender-based violence within the society.

Speaking on the essence of engaging the monarchs yesterday in Ikeja, the Executive Secretary, Lagos State Domestic and Sexual Violence Agency (DSVA), Titilola Vivour-Adeniyi, said the engagement is deliberate due to the prevalence of sexual and gender-based violence in the society, a development which requires a timely intervention to tackle the menace.

Viviour-Adeniyi, who described sexual and gender-based violence as one that must be confronted to protect society, disclosed that the statistics of cases recorded within one year across Lagos could be reduced drastically.

“In the past one year, the Agency recorded a total of 4860 cases via the Virtual Referral and Response Service (VRRS) and Physical report which includes Domestic Violence, Rape, Lack of Parental Care, Threat to life, Sexual Assault by Penetration, Emotional Abuse, Child Neglect/Abandonment, Child labor, Sexual Molestation, and Non -GBV cases perpetrated against Adults and Children”.

She stressed that everyone needed would be engaged to ensure that the statistics reduce and Lagos becomes a better place for everyone irrespective of their gender and status in the state.

According to her, we believe that it was important for us to engage all stakeholders if we are expected to win the war on gender-based violence. We need to understand that we are at war.

“We need to engage everyone for them to understand the role they can play in preventing and the mode of responding when it occurs”, she added.

Meanwhile, the advocate against sexual violence has tasked the traditional rulers to use all they learn during the engagement, combined with their influence and closeness to the people in their communities to encourage proactive measures that could prevent violence at home.

The DSVA boss urged the monarchs to ensure that within their communities they support the government to ensure that sexual and gender-based violence if not completely eradicated, is brought to the barest minimum across Lagos.

At the event, the Administrator-General, Public Trustee in the state Ministry of Justice, Omolola Rotimi, and President, the Institute of Marriage Administrators and Counsellors of Nigeria, Emmanuel Oladele, took participants through topics on relevant laws that regulate sexual and gender-based violence cases in Lagos State.

Oladele urged the traditional rulers to counsel the people especially couples on how they could live peacefully within the community.

He called on traditional rulers not to hesitate to apply the full weight of the customs and traditions against the perpetrators of SGBV, as long as such was not repugnant to natural justice, equity, and good conscience.

Buhari only reward his boys with national honors- Galadima