Akeredolu, Jegede, others sign peace accord ahead Ondo Guber… 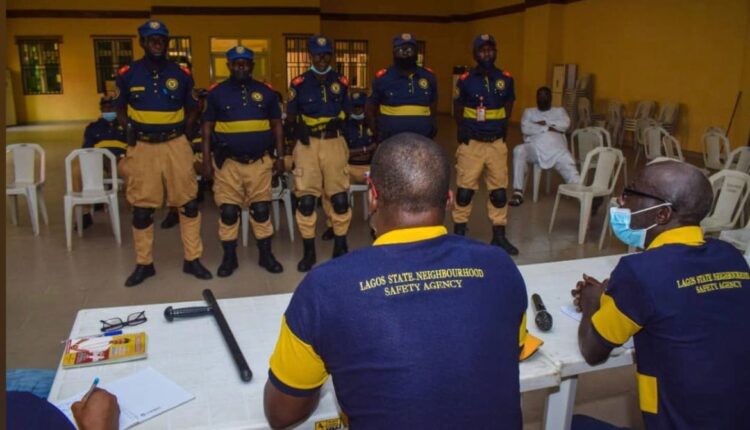 The five officers of Lagos State Neighbourhood Safety Agency (LNSA) identified to have been linked with assault one of the driver of a popular e-hailing services, Uber, Adedotun Clement, during the EndSARS memorial protests have been sanctioned by the state government over their conduct against the driver.

These officers were handed different sanctions that commiserate with their conduct at the Lekki Tollgate, venue of the protest by youths advocating for an improvement in strategies adopted by law enforcement agencies across the country.

They were handed the punishment on Friday by the government after the panel constituted to investigate the allegations against them found the officers guilty of assaulting Clement at the end of over four hours of interrogations.

Aside from the suspension, the state government through LNSA’s management tendered an unreserved apology to the general public and Adedotun over the identified officers’ conduct during the demonstration in the state.

These came barely two days after they assaulted Clement during the demonstration to mark the first anniversary of military officers that attacked peaceful protesters against police brutality at the Lekki tollgate in the state. 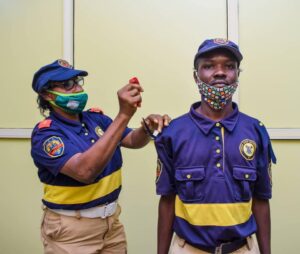 The General Manager of the Agency, Dr. Ifalade Oyekan, through a statement made available after the panel submitted their report, said that they were sanctioned to reiterate that the state government places a high premium on the relationship between LNSA officials and the people who were their greatest asset.

Oyekan, however, restated the commitment of the Lagos State Government to the security of lives and properties of the people of Lagos State.

The statement reads in part: “The two officers and the Supervising Officers were charged with disreputable conduct as a result of the assault on a member of the public, the use of pepper spray which is not a standard-issue kit for officers of the Agency and general unruly behaviours capable of breaching public peace all of which is in contempt of the Agency’s rules as contained in the LNSA Handbook Articles E (ii) & (iii), O (iv) and N (x) which covers conduct with the general public, negligence and general conduct on the job.

“Consequently, the two Officers directly involved in the assault were publicly de-kitted and suspended from the Agency for the next 2 Months. They are also to be redeployed to another command of the Agency for behavioural evaluation and further reprimand. 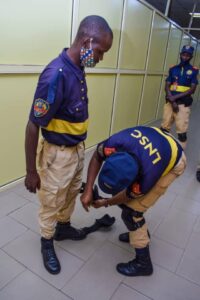 “In the same instance, the Commanding Superintendents and the Divisional Commander for Lagos Division of LNSC, under whose jurisdiction and command at the event were also suspended for one Month and their deputies are to act in their place until further notice: all with immediate effect”.