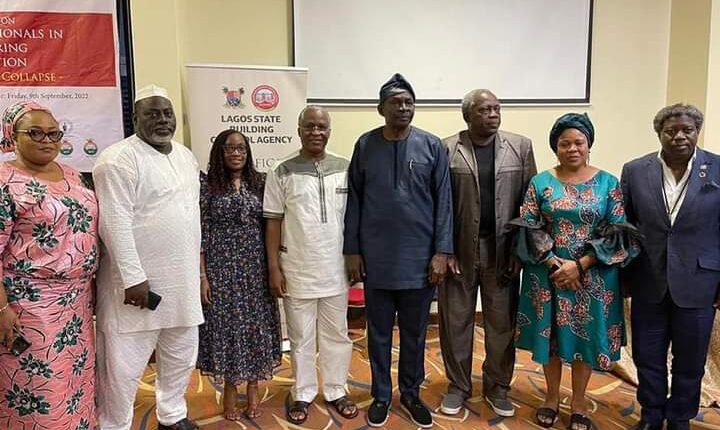 As a measure to end cases of collapsed buildings, the Lagos State Government has placed a temporary stop on the issuance of approval for additional floors as well as an amendment on already existing building floors across the state.

It said that the measure would help to checkmate haphazard physical development that had often resulted in the collapse of existing buildings and others under construction which had led to many deaths in Lagos.

The new commissioner disclosed that the mandate from the governor, Babajide Sanwo-Olu, was to end cases of collapsed buildings which he described as an embarrassment to the state considering its status globally.

Bamgbose-Martins also stated that efforts have been intensified to ensure anyone including government officials, responsible for cases of collapsed buildings were prosecuted to serve as a deterrent to others planning to get involved in any unethical conduct.

He appealed for genuine attitudinal change on the part of government officials, building developers, professional bodies, members of the public, and other relevant stakeholders.

According to him, I am sure that with the appropriate attitude from everyone in the built sector, incidents of building collapse would be reduced to the barest minimum in the state.

The commissioner acknowledged the need for the State Government to collaborate with the built professionals to bring sanity to the sector and also expand the scope of the monitoring and inspection activities of the Lagos State Building Control Agency (LASBCA).

Earlier, the Permanent Secretary, Ministry of Physical Planning and Urban Development, Abiola Kosegbe, emphasized the need to enforce adherence to laid down processes during construction works.

“How do we ensure that developers who are desirous of maximizing profits are following guidelines when the built professionals are not enforcing site inspection and compliance to designs, the Permanent Secretary said.

Rather than casting aspersions on the people in government, Kosegbe opined that stakeholders should see the task of monitoring and ensuring that building designs were followed by developers as a joint responsibility that should not be left to the government officials alone.

The General Manager of LASBCA, Gbolahan Oki, in his remarks, said that the present administration understands and recognizes the importance of civic engagement in achieving its policy thrust which was the reason for the discussion with stakeholders.

He said that the agency had concluded plans to embark on a massive awareness campaign on Building rights, using all available means of communication including social media, television, radio, and newspapers as well as continuous stakeholders’ engagement.

A former Lagos State Commissioner for Physical Planning and Urban Development in the State and President of Nigeria Institute of Town Planners (NITP), Toyin Ayinde, advocated genuine value and love for human lives among building stakeholders.

Ayinde said that the value for human lives would often lead to building rights in society and would further engender sincerity in the implementation of the State’s Physical Planning Law.

The Pioneer Commissioner for the then Physical Planning and Environment, Kayode Anibaba, recommended that the state government should return to the previous strategy adopted at the inception of the ministry which was operation 30/30.

Anibaba explained that operation 30/30 indicated that all building approvals must be processed within 30 days and for those that could not be done within this stipulated time, the building owners were often notified of the status of their applications.

The pioneer commissioner for the ministry stressed that timely issuance of permits on buildings would also help the system and reduce cases of collapse structures across the state.

Tinubu is not too healthy- Peter Obi