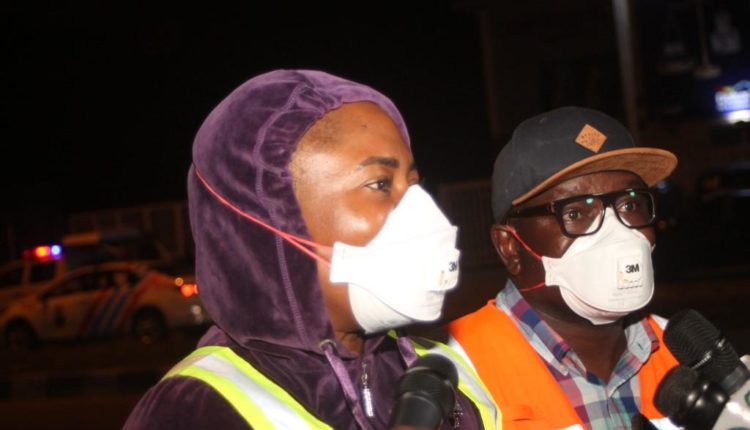 As part of the measures to curtail further spread of coronavirus in Lagos State, the government has intensified its ongoing sensitization of residents on the need to observe social distancing as it battles the scourge.

During the sensitization exercise to Muslim and Christian organisations across the state on Sunday, the Government sealed three that were found to have outrightly violated the social distancing pronouncement for worship centers which states that only 25 people can converge for religious activities.

The religious centers were sealed by a joint enforcement team of Lagos State Environmental Protection Agency, (LASEPA) and Lagos State Safety Commission after it became obvious that they never observed any of the measures announced by the government. 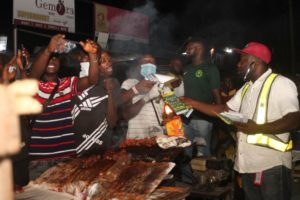 Aside from the three churches, there was a high level of compliance noticed in other churches and Mosques visited in Omole, Mushin, Ikorodu, Oshodi, Ipaja, Surulere among other areas with the churches earlier instructing their members’ to join their church services online at the comfort of their homes.

While urging residents of Lagos to heed the directives of the government and act in the best interest of other members of the public, General Manager of LASEPA, Dr. Dolapo Fasawe acknowledged an increase in level of compliance in most parts of the state.

The General Manager specifically commended Lagosians along the Lekki-Ajah corridor of the State for the closure of non-essential stores in and around the areas including clubs and other entertainment-related facilities. 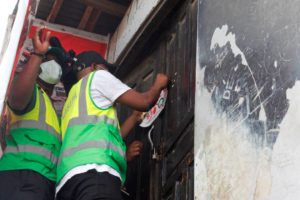 She attributed the compliance level to the several awareness campaigns earlier embarked upon by the agency and the informed level of residents of the area, stressing that an earlier enforcement exercise carried out by the Agencies reawakened the consciousness of the residents to the seriousness attached to limiting the spread of the virus by the State Government.

Fasawe disclosed that the agency with its safety commission counterpart had resolved to be more aggressive in its public advocacy, saying that the State Government was not hurriedly considering the closure of facilities across the State but would instead, intensify public awareness about the dangers in not complying with the position of the State Government.

According to her, the state government was not ruling out the option of shutting down any facility acting in defiance to its directives, but would only do that if such facility had refused to comply with the social distancing advocacy and also run foul of the maximum number of public gathering directive.

She stated that the Governor had prevailed on LASEPA to do more public advocacy rather than enforcement, saying, we should sensitize people more about the dangers of the coronavirus and its reality among us as citizens of this country.’

The General Manager added that in areas where the officials of LASEPA and Safety Commission observed that people were still gathering without observing the usual social distancing, the government officials took time to further enlighten these persons on how the negligence of one person can endanger the lives of several others. 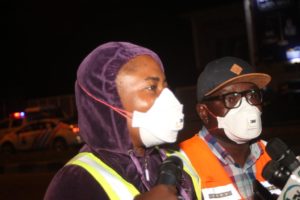 “Infact, in some churches visited, we observed that they complied with the maximum number of persons that could gather at a particular time but did not comply with the social distancing. In such circumstances, we insisted and even assisted them to rearrange the sitting arrangements to comply with social distancing”, Dr. Fasawe explained.

Comparing the level of compliance among residents of the State living on the Lagos Mainland with Lagosians living on the Lagos Island corridor, the LASEPA boss said that some pastors on the Mainland claimed that they were not aware of the reduction of a maximum number of public gathering from fifty to twenty-five.

The Director-General of Lagos State Safety Commission, Lanre Mojola urged Lagosians to observe the social distancing advocacy from the government, explaining that the directive was not only targeted at places of worship but also to other forms of gathering in the streets or any other public places. 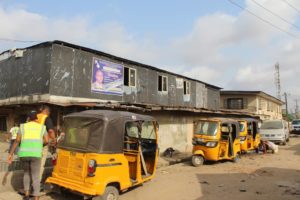