Lagos Govt. to place over 1000 pregnant under medical study,… 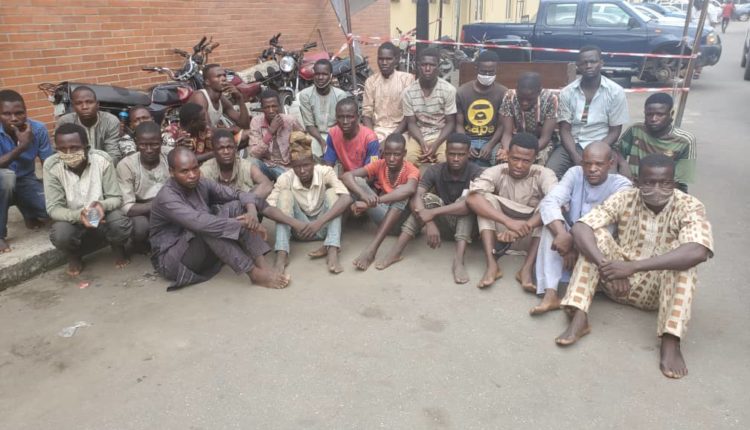 No fewer than twenty-five people identified as illegal travelers have been returned to Sokoto, Jigawa, Kano, and Kebbi after they were arrested for flouting inter-state movement ban emplaced to flatten the curve of coronavirus in Lagos State.

As gathered, the decision was said to have been reached by Lagos State Government in order to ensure the transmission of the deadly respiratory disease is put under check after arrest of the said twenty-five people while they were trying to gain access into Lagos.

Sources from Lagos state government explained that the action was in line with the enforcement protocol put in place by the government to prevent the movement of persons from other states to enter and inline with the Federal Government directives which banned inter-state movements in the country.

The illegal travelers, it was gathered, were arrested overnight at the Berger area of the state, a move they claimed was a plot by the travelers to outsmart the authorities in flouting the directive on inter-state movement ban.

Confirming the arrest to our correspondent, a government source explained that the travelers from the northern region of the country were arrested in Berger after being denied entry into the state and sent back to their various states.

The source added that the action was based on the state’s Commissioner of Police, Hakeem Odumosu, who ordered that the intercepted travelers be returned to their respective states.

Upon the directives, the source said, the twenty-five illegal travelers were sent to Ogere in Ogun state for onward movement to their destination

However, when The Guild contacted the Police Public Relations Officer of Lagos State Police Command, Bala Elkana, to confirm the development, the PPRO disclosed that he was not aware of the arrested people and their return to the northern region of the country.

Although, Bala assured that he was going to reach out to men of the operatives stationed at Berger and get back to our correspondent.