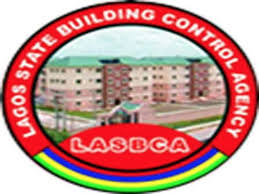 The Lagos Government has disclosed that it had sealed off a four-storey building situated at No. 17, Obadina Street Lagos Island area od of the state over visible signs of distress which rendered it prone to collapse.

It explained that the action was in line with global best practices which is to prevent a likely building collapse, lives, and properties of the occupants and their neighbors from a preventable disaster.

The State’s Building Control Agency said the action was necessitated following signs of internal distress, massive spalling of concrete from the soffit of the upper floor slab which may not be unconnected to moisture.

The Agency’s General Manager, Engr. Biola Kosegbe revealed that personnel of the Agency sprung into action after a tip-off by some concerned residents in the area, adding that the technical team of the agency was dispatched to the building to ascertain the level of distress.

Kosegbe, through a statement released to newsmen on Monday, said after the technical team examination, occupants of the building g were advised to vacate the building before it was immediately sealed off temporarily for further assessment by a team of Structural Engineers from the Agency.

She added that the Lagos State Materials Testing Laboratory will also conduct appropriate structural stability tests on concrete members, an action, she said well aid the government response in preventing any mishap in the area.

Engr. Kosegbe reiterated the Agency’s commitment in ensuring that the lives and properties of Lagosians are secured by identifying distressed and prone-to collapsed buildings in the state with a view to removing them.

She, however, urged Lagosians to promptly notify the Agency of any distressed building within their environment to prevent avoidable loss of lives and properties in the state.