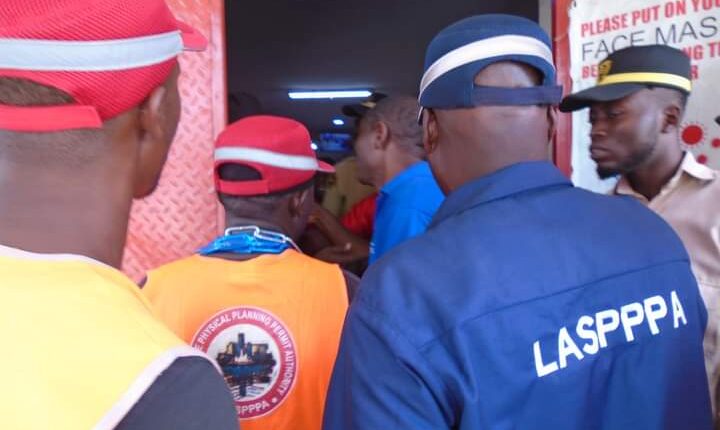 Following the collapse of the high rise building in Ikoyi, the Lagos State Government have sealed 67 commercial and residential buildings, as well as structures in Alimosho Local Government Area of Lagos State for contravening the State Physical Planning regulations.

These buildings were sealed by the state government for offences bordering on non-compliance to building regulations and conversion of residential buildings into commercial use without the necessary authorization.

Addressing pressmen after sealing the buildings, the General Manager of LASPPPA, Kehinde Osinaike, said that the affected buildings were shut for not abiding to the State Physical Planning regulations.

Osinaike disclosed yesterday that LASPPPA had recently served contravention notices on the affected structures, adding that the notices were not heeded by the owners as required, hence the necessity for the operations.

He said, “125 property owners were served contravention notices, through our District Offices, in September. Out of this number, 40 responded with appropriate approved building permits. However, 67 failed to respond. This was what led to two-day targeted enforcement at the Local Government Areas by our Monitoring and Compliance Unit”. 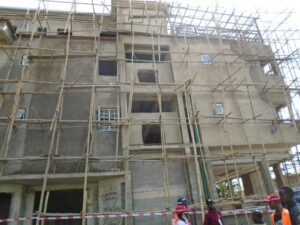 “The sealed property are mostly residential buildings that were converted into commercial use without recourse to necessary permits and regulations. This is at variance with the Alimosho Model city plan”, the General Manager added.

Osinaike stated that some of the affected structures, discovered to be occupied, were partially sealed in order to reduce the effect which a complete closure would have on businesses and the daily activities of the occupants.

He hinted that the enforcement would be a continuous exercise in the Local Government Areas and other areas of the State where property owners were discovered to have erected buildings without obtaining permits.

The General Manager disclosed that the State Government, through LASPPPA and other sister Agencies, is poised to sanitize the built environment and restore the Lagos Physical Planning Master Plan in line with the mandate of the present administration.

In the same vein, the Coordinator, Monitoring and Compliance Unit, LASPPPA, Olarinde Iyiola stated that the two-day enforcement exercise was to ensure that the property owners, who have contravened Physical Planning Laws and Regulations were made to comply with the Operative Development Plan of the Area.

He however, said that structures in compliance with planning permit approvals and regulations were spared during the exercise.

The structures were sealed barely 24 hours after a 21-storey building collapsed in Ikoyi, Lagos on Monday, 1st of November, 2021. In the report, no fewer than 10 persons were feared dead when the uncompleted 21-structure collapsed on Gerard Road.

According to reports, many people were trapped in the rubble, including the Managing Director, Fourscore Heights Limited, Femi Osibona, who owned the building, and some of his clients and engineers. it was gathered that the building crumbled around 2pm when workers were on the site.

Speaking on the incident, The President, Nigerian Institute of Building, Yohana Izam, expressed sadness at the incident and the monumental loss of material resources and human fatalities. He stated that there should be a thorough investigation to test the implementation of physical planning and development laws in Lagos and ensure that culprits are heavily sanctioned.