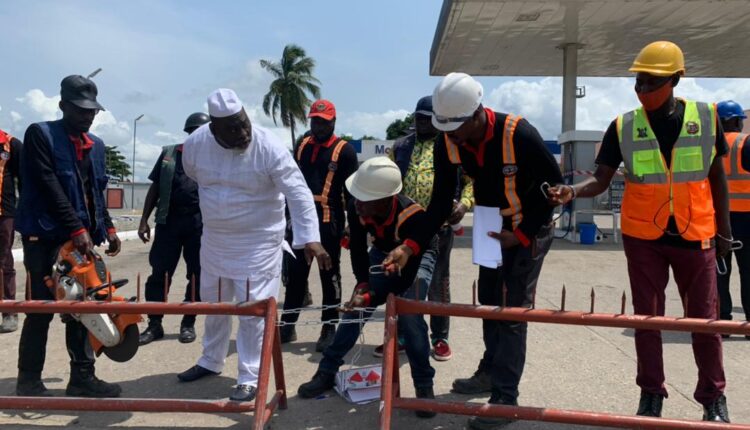 The Lagos State Building Control Agency (LASBCA) has sealed at least 20 petroleum filling stations and five warehouses without building approval in Badagry area of the state, saying the structures were illegally erected without recourse to the state’s physical planning development laws.

LASBCA decried the illegal development, encroachment on government land, and haphazard structures that were not in conformity with the state government directives, adding that some ongoing developments in the area were in deviance to the State’s physical planning law.

The General-Manager, LASBCA, Gbolahan Oki, said that the sealing and other enforcement exercise been carried by the agency were aimed at halting further development of illegal structures across the state, particularly within the council.

Speaking to newsmen during a joint enforcement exercise of LASBCA and Lagos State Physical Planning Permit Authority (LASPPPA), Oki, on Thursday, noted that the team had served abatement and removal notices to owners of structures that were illegally erected without recourse to the state laws. 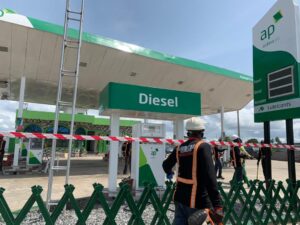 On the rationale behind the sealing of petroleum filling stations by the agency, Oki stated that Badagry had the largest number of filling stations in Lagos and that they were cited within residential areas without obtaining approvals from the state government.

The LASBCA boss further explained that some were also cited in areas that had been marked by the government for hospitals, schools or recreational centers, just as he stated further that some of the stations were within a radius of 10 to 15 meters, while some were located right beside each other without consideration for safety precautions.

According to him, the agency will in no time swing into action to remove all the illegal buildings and filling stations in the interest of public health and safety of the residents of the areas.

Oki, who had earlier paid a visit to Oba of Badagry, Alapa of Apa, and Oba of Imeke for their royal blessing, said that if the illegal developments were not checked on time, such would pose a huge threat to residents, distort aesthetics of the community and also threaten the security architecture of the area.

The General Manager stressed that the courtesy call to the monarch palaces were also to intimate them of growing illegal building development and indiscriminate citing of several petroleum filling stations back to back without approval and its attendant consequences to the area.

He explained that the enforcement initiative to the area was to ensure compliance for a better physical planning development that was based on international best practices. He, therefore, sought their support for the enforcement activities that would bring a change in the attitude of some recalcitrant developers for well-planned city status. 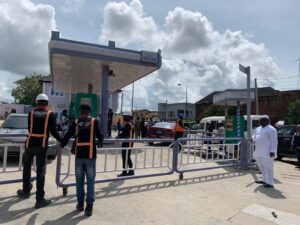 Oki said that coming to Badagry with his team in spite of all odds showed that the agency had gone a step further in establishing its presence across all parts of the state and that the agency would not leave any stone unturned to sanitize the system in order to create a liveable environment.

The General Manager commended the traditional institution for supporting the agency and Governor Babajide Sanwo-Olu-led state government for all his laudable projects in the state.

He said, “the building planning law being enforced by LASBCA does not limit our operations to the Mainland alone. Our activities cover everywhere there’s a building construction which includes buildings in the coastal areas, hence the extension of our activities to this part of the state.” 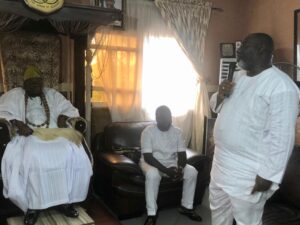 The LASBCA General Manager said that the agency had created and made provisions for district offices in the area to ease transportation challenges of coming to the headquarters of LASBCA by residents of Badagry communities, disclosing that District Officers from the agency had been attached to the various communities to periodically provide enlightenment on how to ensure proper documentation for building constructions.

He urged all residents to continue abiding by the provisions of the Lagos State Urban Planning Laws in order to achieve the government’s developmental plan for the state’s entire divisions.

During the exercise, several buildings in the area there were issued abatement notices were asked to stop work until necessary documentation and regularization were done with LASBCA, LASPPPA, and other relevant agencies of the State Government.

Customs may impound over 30 private jets for evading verification