South-East projects will be completed before 2023-… 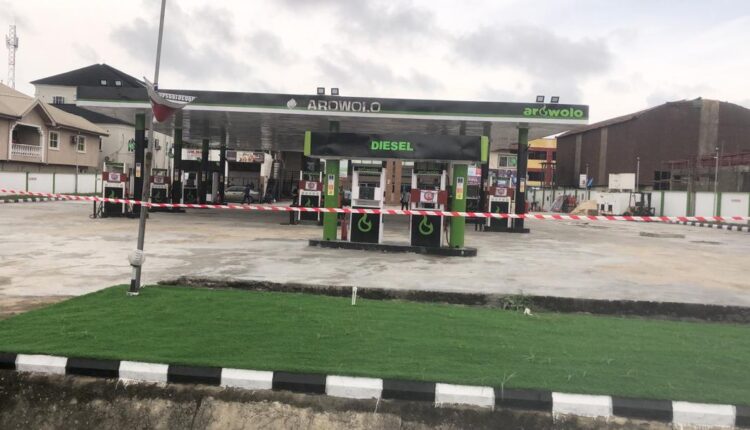 No fewer than 19 Petroleum Filling Stations (PFS) have been put under lock and key by the Lagos State Government in line with its commitment to zero tolerance for haphazard and non conforming buildings construction across the state.

As gathered, the stations sited along lekki Epe Expressway in Eti-Osa Local Government area of the state were sealed for various offences which includes non adherence to the state Physical Planning laws, no evidence of building permit, sitting of PFS without recourse to approved distance from other, building of the highly inflamable structures within residential areas amongst others.

Justifying the government action, The General Manager, Lagos State Building Control Agency (LASBCA), Arc. Gbolahan Oki, said that the sealing had become imperative in order to put sanity into indiscriminate sitting and construction of the PFS Stations in order to prevent a time bomb and its attendance loss of lives and properties in the state.

Briefing journalists on Thursday at the agency Headquarters in Ikeja, Oki emphasised that though the agency does not grant operational licence to PFS, constructions supervision from start to finish and structural stability of the building after obtaining development permits from Lagos State Physical Planning Permit Authority was part of LASBCA’s responsibilities.

The General Manager maintained that before the agency carried out the enforcement for compliance drive, all the PFS were served contravention notices and all efforts by the agency to prevail on the Management of the affected stations to tow the line of due processes and best practices in consonance with Lagos State Building Control Regulations proved abortive .

Speaking further, Oki said that some of the identified stations were built on drainage channel without building plan approval, others were build within residential area without evidence of impact assessment report, strict adherence to approved distance from each other.

He said that all the stations were served all the statutory enforcement notices in consonance with the Lagos State Urban and Regional Planning and Development Laws with no response from the respective Owner before they were eventually sealed by the Agency.

According to him, the decision was taken after a thorough engineering appraisal and monitoring of all the Stations carried out by the Agency with a view to ensuring better physical planning environment for sustainable development and averting needless loss of lives and properties due to inferno or structural failure.

Oki added that the seal-up would serve as deterrents to would be recalcitrant owner who circumvent government rules and regulations as provided by regulatory provision of the law, adding that the structures would be sealup by the agency and the cost of sealing would be borne by the owner.

He insisted that building owner/developer should seek authorisation from Lasbca, hire the services of relevant professionals, speak to safety and test their building materials before commencement of their building construction.