JUST IN: Atiku picks Okowa as running mate for 2023… 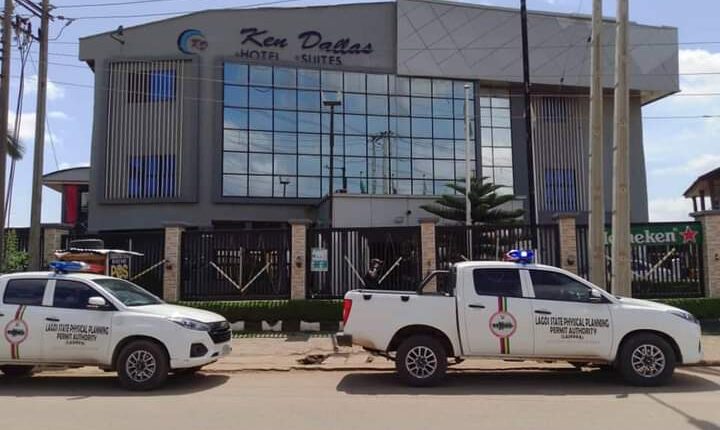 The Lagos State government has sealed no fewer than 137 eateries and building across the state for contravening its building planning permit.

The sealed structures were said to have been sealed by the Lagos State Physical Planning Permit Authority (LASPPPA) through its officials of its Monitoring and Compliance Unit.

Six District offices of the agency where the sealing was said to have taken place include: Alimosho, Mosan Okunola, Egbe- Idimu, Ikotun-Igando, Agbado Oke-Odo and Ayobo-Ipaja.

Speaking about the exercise, on Monday, the General Manager of the Authority, Kehinde Osinaike stated that 12 property were sealed within the Alimosho District of LASPPPA while at Mosan Okunola 22 building’ were sealed.

The General Manager explained that the affected structures were sealed because they contravened the State Physical Planning Regulations and that they were mostly residential buildings converted for commercial use without the necessary Permit and Approval.

According to him, other sealed property, included Industrial, Institutional and Commercial buildings under construction that had no planning permits or approval and the erected structures did not conform to physical planning regulations.

“In Egbe-Idimu, 29 property were affected with another 32 sealed at Ikotun Igando. Also, in Ayobo-Ipaja and Agbado Oke-Odo, 25 and 17 buildings were sealed respectively. Some property were also sealed within the six District Offices”, he said.

He further advised all Property Owners and Developers in Lagos State to employ the services of professionals in the built sector like Engineers, Builders, Architecture and Town Planners before building any structure.