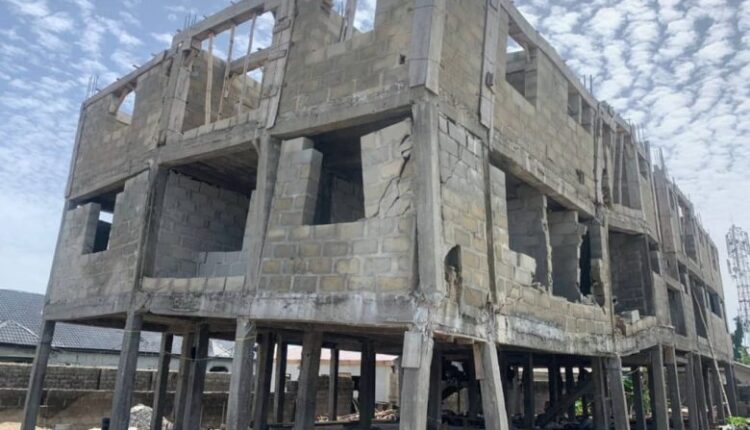 As a measure to prevent loss of lives and property in Lagos, the state’s building control agency (LASBCA) has pulled down no fewer than three buildings that were identified to have become distressed and could cave in anytime in Ibeju-Lekki Local Government.

One of the buildings demolished by the agency was a partially collapsed two-storey building sited in Oribanwa Town, Ibeju-Lekki Local Government, and the two others removed were bungalows in Mesia Town in Abijo and Ogombo town.

The General Manager, LASBCA, Gbolahan Oki, who led the enforcement exercise after the state governor, Babajide Sanwo-Olu, lifted the suspension over the Ikoyi highrise building collapsed, stated that the demolition of the building was necessary to avert a total collapse of the building that may cost the lives and property of citizens.

The LASBCA boss, on Thursday, further stated that the construction of the buildings was ongoing before they were pulled down to prevent them from collapsing willingly.

On the two-storey building in Oribanwa, he noted that the agency personnel discovered the distressed building earlier and sealed it up after serving all statutory notices including a stop-work order. 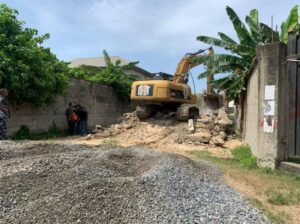 Stating that all the processes yielded no positive response from the recalcitrant developer, the General Manager maintained that some building owners/developers were bent on contravening the State’s building laws, threatening that the agency would continue to compel compliance in order to avert further building collapse across the state.

On the two other buildings, Oki disclosed that they were removed yesterday for being built on access roads in violation of the Lagos State Building Control Law.

The general manager observed that no responsible government will watch its citizens die an avoidable death without taking the precautionary measures to avert it.

The General Manager, therefore, called on building owners/developers to seek appropriate authorisation from the agency before the commencement of any construction, subject their existing buildings to the Structural Integrity Tests, and obtain all necessary building permits.

Chrisland: Our children and 21st century