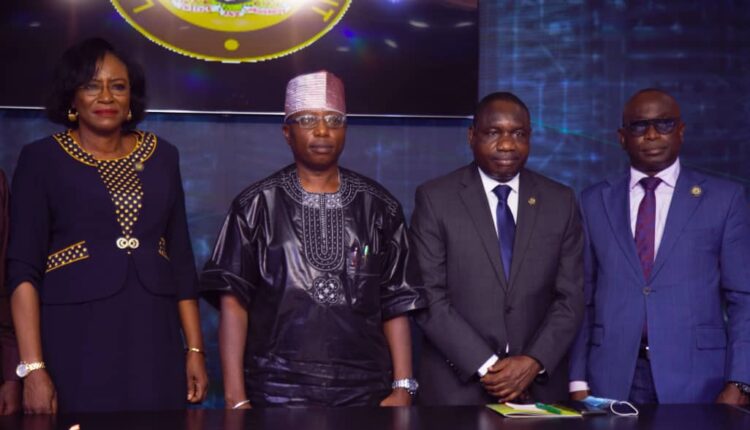 Above N297 million have been received as death benefits by families of Local Governments and State Universal Basic Education Board (SUBEB) staff that passed on while still in active service, the Lagos State Government has said.

The funds were paid to families of 160 staff that died across the local governments, Local Council Developments Area (LCDA), and SUBEB offices in the state.

Commissioner for Local Government and Community Affairs, Dr Wale Ahmed, disclosed this at this year’s Ministerial Press Briefing to mark the second year of Governor Babajide Sanwo-Olu’s administration in office, held at the Bagauda Kaltho Press Centre, Alausa, Lagos, stated that this was part of the welfare package which the present administration promised staff.

“In the year under review, the Ministry ensured the release of claims to one hundred and sixty (160) beneficiaries of deceased employees of SUBEB and LGAs/LCDAs, amounting to N269,697,458.75 by a state-owned insurance firm, LASACO Assurance PLC,” he said.

Meanwhile, he said that through the Local Government Administration Department, the Ministry was able to initiate and coordinate the flag-off of the 377 state-wide projects to address challenges confronting each community.

a breakdown of the projects revealed that 257 were roads, 86 buildings, 23 electrification works, nine boreholes, and two jetties to link communities across the state, thereby making communities accessible and as a result, engendered socio-economic activities at the grassroots.

“As part of its responsibilities in ensuring adherence to guidelines on administrative procedures, the Ministry embarked on a strategic tour of LGAs/LCDAs. As at today, the Ministry has visited all the 57 LGAs/LCDAs.” He said.

He revealed that the Ministry would be sensitising LGAs/LCDAs on Local Government elections; training elected political Office Holders of LGs/LCDAs; commencing periodic tour of LGAs/LCDAs and presenting insurance claims to beneficiaries of deceased employees of SUBEB and LGAs/LCDAs.

In addition, he revealed that the Ministry would be investigating petitions received from the public concerning activities of LGAs/LCDAs, commencing technical tour of LGAs/LCDAs, conducting seminars for market stakeholders and upgrading markets across the State by providing toilet facilities and borehole and; Organising “Oloja Day” Carnival.

“In the third quarter of year 2021, the State Government through the Ministry will be providing agricultural support to farmers across the 57 LGs/LCDAs in form of inputs across value-chain to augment agricultural produce for farmers. This is to assist farmers stabilise and attain sustainability to cushion the effect of the Covid-19 pandemic.” Ahmed disclosed.

He said the Ministry would engage in investigative visits, site inspections, sensitization, and that enlargement efforts would also be constantly undertaken to ensure that peace in the communities was maintained, subsisting issues resolved, thereby ensuring “Lagos remains the city of our dream.”

According to him, “this programme is intended to further encourage Corporate Organisations to fulfill their various pledges to partner with communities in carrying out their CSR.”

The commissioner added that rehabilitation of community halls across the State would be carried out, as the upgrade would enhance the facilities and structure therein.