Just In: Obaseki, Deputy get PDP’s waiver to contest…

Hosting Manchester United will be big test for my… 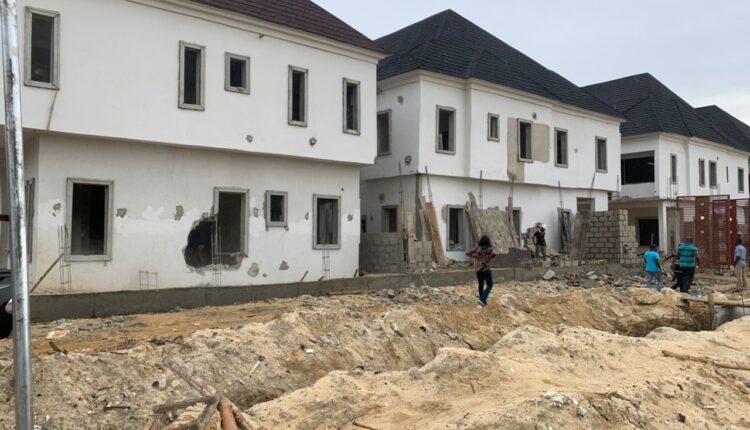 No fewer than 40 residential buildings in Lekki axis of Eti-Osa Local Government, Lagos State has been sealed for contravening the physical planning and other laws.

The sealed buildings in Sapata Town along the Regional Road were put under lock by the state government through Lagos State Building Control Agency (LASBCA) after a thorough assessment of their contraventions.

Sealing of the buildings came weeks after the state governor, Babajide Sanwo-Olu, vowed to end cases of building collapse through enforcement of all physical planning laws across Lagos.

Speaking during the enforcement yesterday, the Commissioner for Physical Planning and Urban Development, Dr. Idris Salako, said that the buildings were sealed after the agency discovered that owners and developers of the structures erected them without adhering to physical planning laws and building codes of the State.

Salako pointed out that most of the owners and developers within the axis indulge in indiscriminate development of buildings without necessary documentation and approvals, thereby distorting the layout of the area. 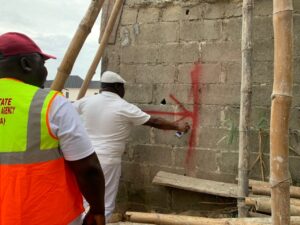 The commissioner noted that the buildings were put up without provision for drainages, setbacks from the roads, and other major facilities within the axis.

He stressed that despite several engagements with the owners and developers to stop construction works and build in compliance with the law, they ignored the government notices as well as directives and went ahead with the construction.

According to him, shunning building codes is not permissible across Lagos because it could lead to building collapse which further results in the loss of lives and property.

“Over the past few weeks, we have had cause to interact with the developers and even issue Press statement, asking them to stop work on their sites but they blatantly refused and continued their illegal activities”.

He maintained that the Lagos State Government, being interested in the wellbeing of every Lagosian, would leave no stone unturned in ensuring that Lagos buildings are safe, secure, and habitable for present and future generations.

On his own part, the General Manager, LASBCA,  Arc. Gbolahan Oki, promised that the agency’s action was to nip in the bud cases of collapsed buildings, saying that is why we often identify and stop any illegal developments before they get completed.

Oki said that prior to the sealing, the owners and developers of the affected building had been issued different notices on the sections of the law they have contravened. 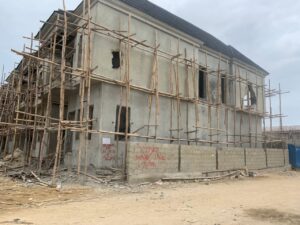 He added that they were asked to stop work but “all the notices were ignored, prompting the Agency to take action by sealing and removing part of buildings inimical to the well-being of the inhabitants”.

The general manager assured Lagosians that LASBCA would continue to sensitize owners and developers on the need to build right as well as the importance of obtaining necessary approvals.

Oki added: “We will also educate them on the need to involve LASBCA in every stage of their building projects to reduce drastically the menace of building collapse”.