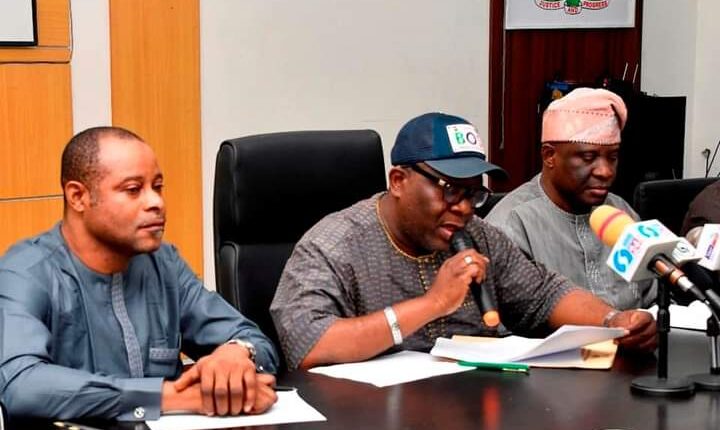 Following inability of over 2000 Lagos Hajj pilgrims to leave the country for Saudi Arabia for the 2022 exercise, the State Government has placed an indefinite suspension on the sale of forms for next year’s edition.

The government said that suspension would only be lifted when they have been able to ascertained the number of slots allocated to the Lagos for the 2023 exercise.

It explained that this decision was taken to allow the intending pilgrims who could not make the 2022 Hajj exercise to have opportunity to get the available slots while the remaining, if available, would be given to the new applicants.

The suspension was announced by the Commissioner for Home Affairs, Anofiu Olanrewaju, during a press briefing yesterday at the Press Centre, Secretariat, Alausa in Ikeja.

Elegushi blamed the inability of the State to airlift any pilgrim since 2020 due to COVID-19 pandemic gave rise to a backlog of over 4,000 intending pilgrims as at the time the Saudi Arabian authority opened her doors for the 2022 exercise.

He emphasised that the 1,562 slots originally allocated to the State by the National Hajj Commission of Nigeria (NAHCON) were utilized immediately by the State intending pilgrims, adding that a further 250 slots given by NAHCON based on the expectation of additional 5,000 slots promised by the Saudi authority was not fulfilled while the State had gone ahead to allocate the 250 slots, awaiting final processing of Visa from the Kingdom.

While expressing regrets that the decline in fulfilling the 5,000 slots promised by the Saudi authorities had placed the state in a precarious situation, he affirmed that the matter affected every nation of the world, hence, the need for the press briefing.

Other highlights of the press briefing include, publication of the names of affected intending pilgrims in a National newspaper as the first batch for year 2023 Hajj operations and make refund process seamless and available for those intending pilgrims who wish to take such option.

The Comissioner assured the intending pilgrims of the State Government’s support at all times and prayed for the safe return of the pilgrims already airlifted to the Kingdom.

It would be recall that Lagos State had airlifted 1,598 pilgrims for the spiritual exercise in four batches which commenced with effect from June 14, 2022.