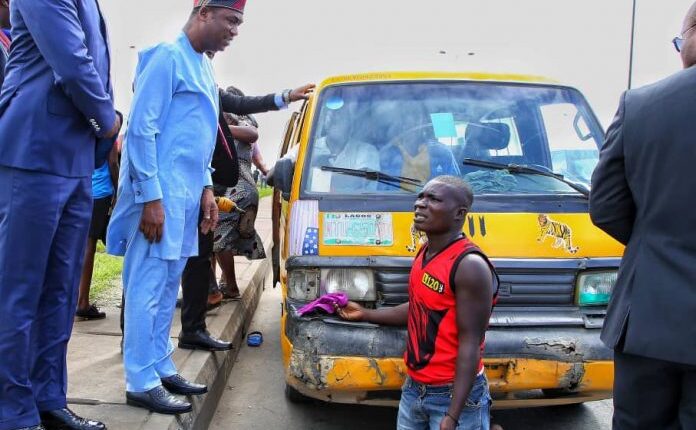 As part of the effort to end cases of flagrant disregard for law and order in Lagos, the State Government has prosecuted no few than 20,119 traffic offenders and other cases between June 2019 and December 2020.

The over 20, 000 offenders were reported to have been prosecuted by the state government at the Lagos State Special Offences Mobile Court to serve as a deterrent to other offenders.

Included in the 20,119 cases prosecuted by the state government were 2,664 offenders arrested and prosecuted for willful obstructing the free-flow of traffic on the highways across the state.

Also, 1, 047 commercial drivers were dragged by the State government before the tribunal for stopping on the highways at unapproved locations to pick passengers within the period under review.

Aside from these, 982 motorists were brought before the court during the six months by the government for using the Bus Rapid Transit (BRT) dedicated lanes, an offence punishable under the state law. 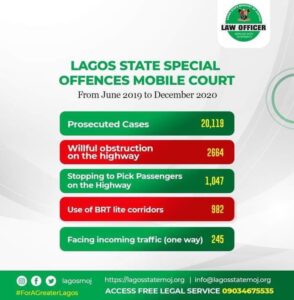 The statistics were contained in a banner released on Tuesday through the State Ministry of Justice further indicated that 245 offenders were apprehended by the state enforcement team for driving against traffic within the period under review.

Earlier, the state government launched a special security team to checkmate one-way driving and other traffic offences, codenamed “Anti-Oneway and Other Traffic Offenders Squad, with the specific mandate to arrest and impound vehicles plying one-way, BRT lanes and also motorcyclists operating in restricted.