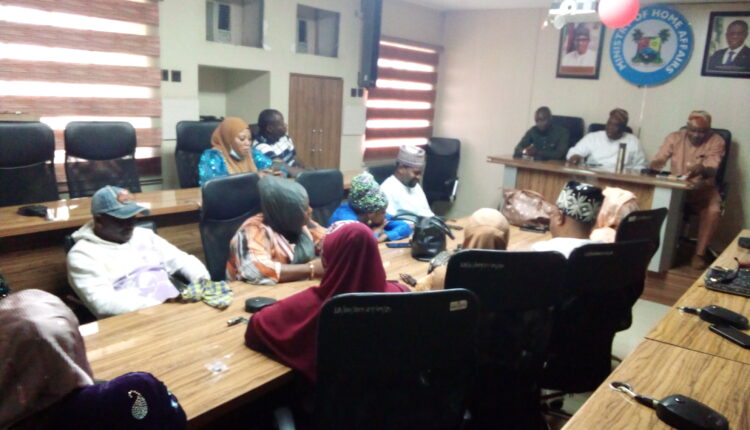 The Lagos State government has promised to consistently engage a Lagos based Islamic group of musicians for policy advocacy as part of its plans to boost their recognition and promote better collaborations between them across the state.

The government stated that the need for the call was necessitated by the realization of how much good music that promote peace,  pushed government advocacy, foster healthy relationships and promote moral values of the society were lacking behind, adding that the call was to give due recognition to good music rather than celebrate what they ought not to.

It also said that the aim was to give members of the music group the platform to express their grievances and suggest better ways to improve the collaborative work with the government, noting that their music holds strong significance to the peace of the state.

Speaking during the meeting at Ikeja on Tuesday, the Commissioner of Home Affairs, Anofi Elegushi, said that the need for the Islamic singers to hold strongly the music space in the state was necessary in order to dispel the society of immoral songs that have no value particularly in generations to come, adding that they should not lose value in themselves.

“We celebrate what we ought not to celebrate. We are not celebrating value or morality for our children’s future. We have lost our value ourselves. As the Governor is doing with the Muslim leaders in the state despite his religion, it’s a commendable one. He participates in their activities without sentiments. We realized that where are our singers?” he said.

Elegushi said that they had not known the value of what they had which had led to the neglect, adding that they are out to promote the essence of their good music to the society as it was left to them to rewrite the morals with their songs and help propagate the policies of the government to the public.

” It’s just that we don’t know what we have and we are not looking after it. You people are upholding the name of God and they want to use it against you. It is in our hands to rewrite these bad stories with our songs and passion.” he said.

He further assured them that the government would see to it that necessary amendments are made to revive the potency of Islamic music in the state, stressing that the need is to ensure that Lagos as a state will continue to enjoy peace.

“I’ll write to the Governor. He wants to meet you and know where he had gone wrong so as to make amends. ensure you bring solutions to the table that can be innovated to make amends particularly to ensure that the peace we enjoy in Lagos is not eradicated. We are proposing a collaboration with the Muslim and Christian singers to sing a song on peace in the midst of a large crowd. This is to strengthen the peace of the state beyond religion barriers or sentiments. We’ll fix a date to meet the governor and let you know.” he added.

On his part, the Special Adviser to Lagos State Governor, Babajide Sanwo-Olu, Jebe Abdullahi, told The Guild correspondent that one of the essence of the meeting is simply to foster the recognition and representation of the Islamic singers, adding that it is to work with them in all government programs and ensure that they are carried along. 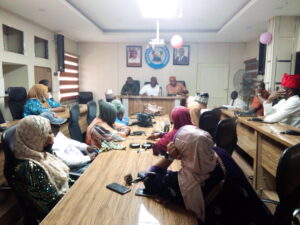 However, majority of the Islamic singers decried their dissatisfaction about how they were being recognized in the music industry, adding that their individual efforts put in place to promote the state and Islam were not recognized at all.

One of the Islamic singers, Rukayat Gawat, said that the group needed more recognition which would motivate them to work efficiently and effectively.

“We need solemn recognition. This will help us to be more motivated to do our best. When you approach the government, they treat us like we are begging for something. All we seek is good recognition.” she said.

In response to the laid out grievances, Elegushi promised that the government would make amends to afford them better inclusion in their administration, adding that they had realized their short comings.

“To address your grievances, just give us your lines of distributions. This will help us better reach you. I assure you that you will see the changes as time goes on. We have realized from our past mistake and we are going to make amends. You will meet the Governor and express your grievances.”

Encouraging the singers, Idri Aregbe, enjoined them to work together as one in order to achieve the objectives of the group particularly with the state government, adding that the greatest aim is for all of them to grow.

“I employ us to work together and ensure that we are achieve what we are set to do and above grow and expand bigger and better. Let’s carry on each other along and appreciate every effort no matter how small.” he said.

Also, another member of the group, Hamad Alawuye, assured Elegushi that they would work collectively as a group to ensure that the Islamic music industry strives for the best as they had always done.

“We will work effectively in this Islamic music industry to see that we are doing our best. We are the people’s favorite and we are dominating the market. Pepper sellers, market women and everyone listens to us. In terms of number, we are strong enough if you can test us.” he said.