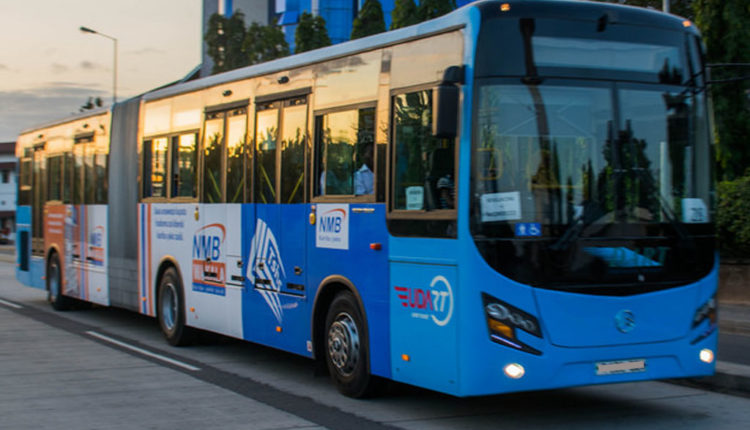 Share
By Monsuru Olowoopejo
The Deputy Governor of Lagos State, Dr. Obafemi Hamzat, has disclosed that the 600 Bus Rapid Transit (BRT) buses ordered by the Government to increase its fleet have arrived the ports in Apapa, ready for clearance and deployment for mass transit.
Hamzat added that the necessary duties to facilitate its clearance from the ports have been paid and ready for collection to reduce waiting time at bus terminals and boost mass transit services in Lagos.
He disclosed this on a special virtual dialogue show, CovInspiration, put together by a British Council Global Changemaker, Dayo Israel, organised to celebrate the first year anniversary of the Babajide Sanwo-Olu administration in Lagos state.
The deputy governor hinted that some of the buses would be deployed on Oshodi to Abule-Egba BRT corridor which was said to commence operation in July and other routes to reduce travel time in the state.
“We have about 600 buses at the port, thankfully the necessary duties have been paid for onward clearance and very soon, they will be deployed for public use in Lagos”, Hamzat said.
Aside from the BRT buses, the deputy governor hinted that hundreds of smaller buses would also be procured soon by the government to serve as a substitute for commercial motorcycle operators popularly called Okada riders in the state.
The buses, according to him, will offer safer and better transport services to residents which Okada cannot considering its vulnerability to crashes on roads in the state.
“We are also procuring smaller buses to move people within the state as a replacement for Okada that was banned. We hope that we can assembly these buses in the state to reduce unemployment. these buses will help take people to their houses in the state”.