Task force, NURTW partner on traffic management, others in… 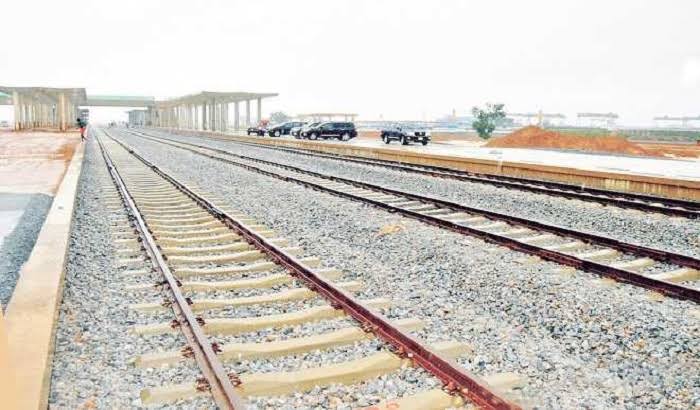 Share
by Monsuru Olowoopejo
As part of the plan to ease traveling within Lagos State, the Government has disclosed that it has opened bids for four additional rail lines to complement the Lagos intermodal transportation system.
It also insisted that work will be intensified on the existing rail projects to ensure its commence operation on the set, Year2022.
The commissioner for Transportation, Dr. Frederic Oladeinde, gave the hint on Wednesday at the Y2020 ministerial press briefing in commemoration of the state Governor, Babajide Sanwo-Olu first year in office held at the J.J.T park, Alausa secretariat, Ikeja.
Oladeinde stated that the
administration is committed to public transportation and that the plan is anchored on integration of public transportation in the state.
The four lines, according to the commissioner, were; 68 kilometre Green Line from Marina to Lekki Free Zone, 60 kilometre Purple Line from Redemption Camp to Ojo, 34 kilometre Yellow Line from Otta to National Theatre, Iganmu and 48 kilometre Orange Line from Ikeja to Agbowa, in Ikorodu axis of Lagos.
He added: “The State is currently evaluating bids submitted by investors for four other rail lines recently advertised for expression of interest for design, build, operate, maintain and transfer basis”.
On the existing rail lines, the commissioner hinted that the rail lines would commence full operations in another two years to boost the level of transportation in Lagos.
According to him, the Blue and Red lines rail projects remain the flagship transport developments of Babajide Sanwo-Olu administration.
“The Lagos Rail Mass Transit (LRMT) Blue Line project is a 27 kilometer rail project from Marina to Okokomaiko. The first phase of the project, that is from Marina to Mile 2, is expected to commence passenger operation by the second quarter of 2022.
“The Red line will share track with the standard gauge track of the Lagos – Ibadan Rail Modernisation project of the Federal Government. It is planned to commence passenger operations also in the second quarter of 2022”, Oladeinde added.
While disclosing the government plans on other mode of transportation services, the commissioner said that Oshodi to Abule Egba Bus Rapid Transit (BRT) has been completed to ease stress often encountered by motorists within the state.
Oladeinde said, to aid the route operation, the government “is currently working with selected operators to ensure the roll out of buses as soon as possible to offer relief to commuters along the Agege Motor Road and Lagos Abeokuta Expressway.
“Bus terminals in Agege, Ojota, Ajah, International Airport, Yaba and Oyingbo are at different levels of completion to facilitate full roll out for the Bus Reform Initiative (BRI) of the Lagos State Government”.