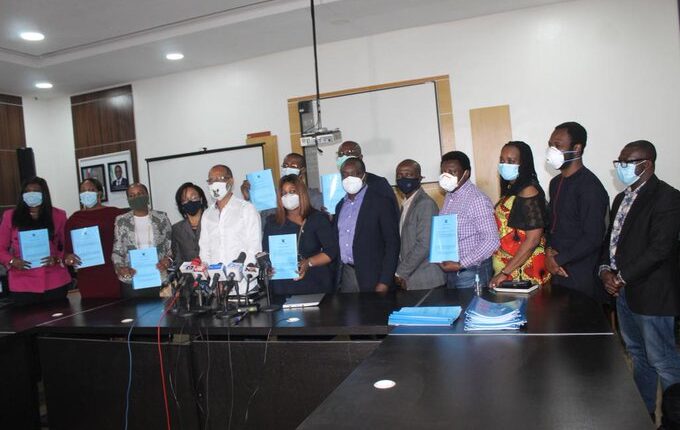 As part of efforts to gain control against coronavirus, the Lagos State Government has approved seven private laboratories in augmenting the government facilities in increasing the state’s testing capacity.

It explained that the seven private laboratories which have just been included in its testing strategy were part of the government commitment to expand the testing capacity of the state as the pandemic epicenter in Nigeria.

Abayomi, while signing a memorandum of understanding with the seven private medical laboratories on Monday explained that the private facilities were selected and approved by the State Ministry of Health to begin testing for the virus following a rigorous accreditation and validation process by the Health Facility Monitoring and Accreditation Agency (HEFAMAA) and the state’s Bio-Bank.

He disclosed that a key element in the next phase of the State’s response strategy is to expand diagnostic testing to strategically ensure a larger number of people have access, hence the approval of the private facilities for testing.

Abayomi added that the government has developed an inclusive strategy that aims to harness the public and private sectors to rapidly expand the state’s capacity to meet the growing demand for testing in the next stage of the state’s biosecurity road map.

“In a bid to ramp up our testing capacity, we have taken a strategic decision to include private laboratories in the testing of COVID19″.

“However, the State’s COVID19 response will remain a centrally managed emergency response by the State Government and the need to test will be surveillance driven and based on a clear case definition”, he said.

The Commissioner while noting that the accredited private laboratories will carry out only PCR test stated that the use of Rapid Diagnostic Tests Kits (RDT) remains illegal in Lagos until the government can validate RDT kits that actually work.