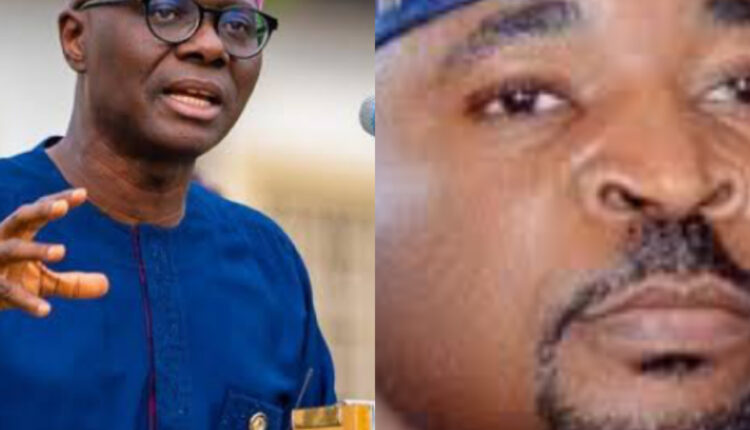 The state government debunked the claims of its participation in forcing the motorists to purchase stickers to raise funds for the campaign the candidates.

According to the government, the sticker was not created and circulated by the Ministry of Transportation or any of its Agencies.

It further urged Stakeholders in the transportation sector especially those providing public road transport to report anyone caught selling the stickers and that those involved would be punished accordingly.

On his part, Akinsanya, also debunked the viral video alleging him of using campaign stickers of Tinubu and Sanwo-Olu to demand for money from motorists.

Through a statement released by the Personal Media Aide to the Chairman, Amuwo Odofin, Ajele Abayomi, Fashina Shakiru, yesterday, in Lagos, the chairman clarified that there was no demand for money for the stickers.

Meanwhile, Abayomi challenged anyone who had a fact that MC Oluomo sent them and that they should show evidence.

He revealed that the blackmailers spotted pasting campaign stickers of Tinubu on tricycles were not sent by MC Oluomo neither did they seek his consent before embarking on the name-soiling mission.

Abayomi further said that the residents should be aware that the campaign stickers being shared mostly on social media are not from MC Oluomo.

According to the statement; “The attention of the LASPGM Chairman has been drawn to a viral false video going viral social media that some unscrupulous element pasting campaign stickers carrying the faces of Asiwaju, Sanwo-olu and MC Oluomo to demand money from motorists, most specially tricycles (Keke Napep).

“The members of the public should disregard the video because it was deployed to embarrass and blackmail Alhaji Musiliu Akinsanya (MC Oluomo) and Team Lagos, Nigeria.”