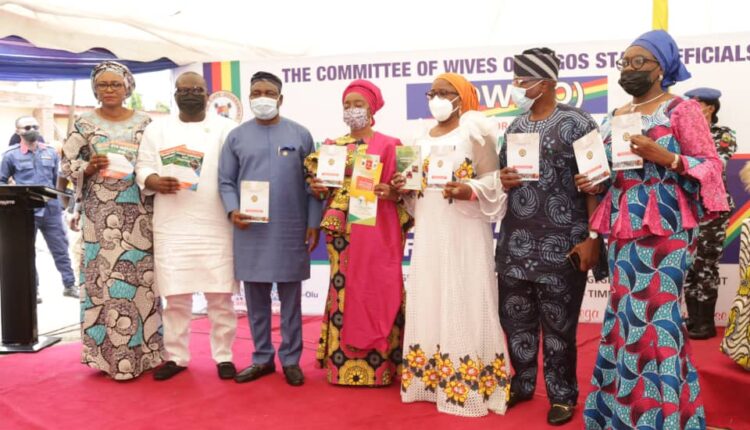 Share
The Lagos State Government has threatened to shut down any market discovered that the traders were indiscriminately dumping waste in drainage across the state.
It said that the illegal waste disposal by traders across the state has been discovered to be jeopardizing its effort in averting flooding in Lagos.
The State government made the threat yesterday at a one-day seminar organised by the Committee of Wives of Lagos State Officials (COWLSO) in Agege in collaboration with the State’s Ministry of Local Government and Community Affairs.
Speaking at the event, the Commissioner for Local Government and Community Affairs, Dr. Wale Ahmed, and his counterpart, Commissioner for Environment and Water Resources, Tunji Bello who was represented by the permanent secretary of the ministry, Belinda Odeneye tasked market women and men on proper hygiene.
Ahmed in his welcome address said the need to revisit the issue of market sanitation and security has become imperative, considering the increase in population and waste generation in the State.
“The benefits and advantages of sanitation in our markets cannot be exhausted, considering the fact that we have three hundred and eighty-two registered markets in Lagos State.
“Drawing from the untoward incidents occurring everywhere, it will not be out of place, that vigilance and intelligence gathering should form part of our primary responsibility. This will help us to be proactive, and be steps ahead of anyone or groups, planning to disturb the peace of the State,” he said.
Also, the Managing Director of Lagos State Waste Management Authority (LAWMA) Ibrahim Odumboni in his address also assured market leaders and stakeholders that the State Government has equipped the agency with all the resources needed to ensure markets in Lagos are clean, promising that the agency would leave no stone unturned to ensure wastes in markets are promptly disposed.
Facilitators at the event which included CP, Hakeem Odumosu represented by ACP Ola Agboola, Director, Lagos State Fire Service, Margaret Adeseye, and others urged market leaders to ensure sanitation and security are prioritised in our markets until our markets become a model for markets in Nigeria and in Africa at large.
The event which was attended by Local Government Chairmen of Ikeja division and major market stakeholders is one of the contributory efforts of the First Lady, Dr Ibijoke Sanwo-Olu through COWLSO to ensure markets in the State are clean and secure.