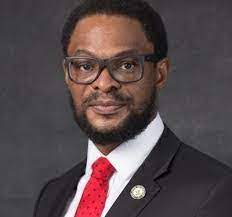 The Lagos State Government through the Ministry of Energy and Mineral Resources has disclosed its plans to install no fewer than 1GW of Photovoltaic (PV) solar energy capacity across communities in the state before 2030.

It stated that the proposed mix of the installation would be 60 per cent commercial and industrial,  while 20 per cent goes to residential, and another 20 per cent would be allocated to government-owned buildings across different communities in the state.

The Commissioner for Energy and Mineral Resources, Olalere Odusote, emphasized that Lagos State is committed towards addressing demand – grid supply deficit in the state, currently estimated at 33-43 TWh,  and that one of the potential solutions being considered is the use of rooftop solar.

Through a statement released on Monday, in Lagos, Odusote said that the objective of the project is to actualize the Lagos state ambition of distributing the proposed solar energy across communities in the state.

He disclosed that the project which is in partnership with the World Bank would require a deployment funding of about 500MW of solar DPV in the next five years which is estimated at US$350 to US$700 million.

According to him, it is envisioned that the project would be financed through a mix of grants, equity, and concessionary debt designed specifically for various consumer segments.

To address the current challenge of fragmented demand in the solar ecosystem, a number of aggregation mechanisms would be introduced by demand aggregators to create scale within the industry.” he said.

The commissioner said that technical assistance would also be provided for capacity development for stakeholders across the ecosystem as well as targeted consumer awareness campaigns to enable effective roll-out for end-users.

Odusote further stressed that the ministry would incorporate the feedback from the stakeholders and leverage same in developing a detailed project design document to guide the project implementation.

On his part, the World Bank Acting Regional Director for Infrastructure, West and Central Africa, Ashish Khanna said that there is a unique opportunity for Lagos to lead the way for solar adoption in Nigeria and Sub-Saharan Africa by demonstrating a model for distributed PV in urban Africa that provides affordable and reliable electricity.

As gathered, the event was attended by key actors across the industry value chain comprising over 70 participants including PV developers, solar aggregators, commercial banks, development finance institutions, and Fintechs among others. The discussion was said to have been centered on the financing structure, operating framework and the institutional arrangement required to achieve the state ambition.