Lawyer, six others appear before court for diverting… 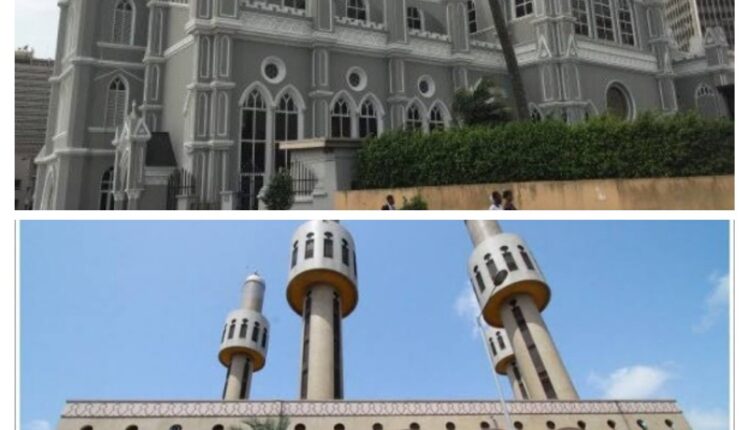 Ahead of Friday and Sunday reopening of Mosques and Churches for religious services in Lagos after several weeks of closure over coronavirus outbreak, the State Government has released COVID-19 protocol for the worship centers to guide against the virus transmission in the state.

In the guideline, the state government has mandated that the religious houses create a register and record bio-data of worshipers during each service for possible COVID-19 contact tracing.

It said that the record would aid health experts to easily trace contacts and break the chain of community transmission whenever an infected person was discovered to have visited the religious house after contracting the virus in the state.

The guideline was designed barely three days after the state governor, Babajide Sanwo-Olu, approved reopening of worship centres from August 7 and that 50 percent occupancy capacity would be allowed for each church and mosque in Lagos.

In the protocol revealed to The Guild by a senior public office holder, the religious houses would be allowed to hold services between 1 and 2 hours on Friday and Sunday while Saturday service was approved strictly for churches whose main worship days fall within that day.

According to the government, religious services in mosques and churches must hold within an hour and worshipers must exit the premises before an hour after service to prevent community transmission of the virus.

It further said that religious houses must provide handwashing medium and digital thermometers to check temperature to check worshipers’ temperature which must not exceed 37.50 C before allowing entry into worship centers.

Aside from mandating worshipers to use a face mask before entering the premises, the government directed that physical distancing be taken into cognizance in all religious interactions and worshipers should use hand sanitizers after leaving the premises to further avoid transmission.

While the government forbids children below 12 years from coming to religious houses, it states that worshipers above 65 years could use religious houses if the need arises and that they should be given special place during service.

The government said: “All removable rugs and carpets use in religious houses be put aside for the time being and the irremovable ones washed and disinfected regularly as well as the entire premises. Also, use of air conditioners be discontinued and all windows opened”.

The government stated that sounds from the loudspeakers should not exceed acceptable decibel and not be used for other activities except during worship services, adding, more microphones be provided for all officiating clerics and all safety measures including first aid boxes, fire extinguishers, emergency exits, and muster points be provided.

“Social gatherings such as marriages, naming ceremonies, birthdays, burials and others must not exceed 50 people including the couples and officiating ministers who must take cognizance of social distancing precaution and other related COVID-19 protocols”.

Barring other religious activities including vigils special lectures within the worship centers, the state government directed clerics to ensure strict compliance with the conditions irrespective of their denominational practice.