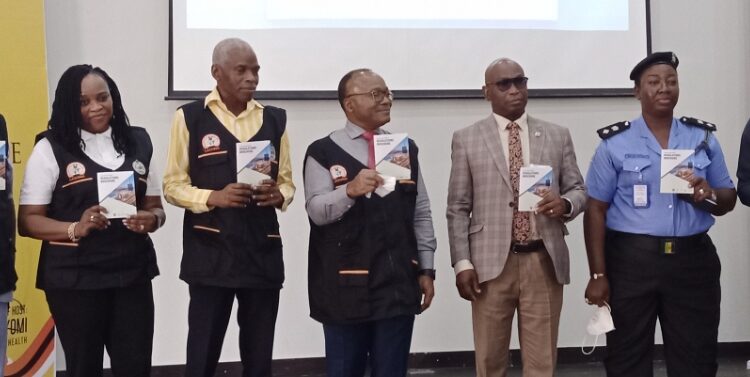 As part of the efforts to attain a Universal Health Coverage (UHC) across Lagos, the State Government has made having a health insurance plan mandatory for residents, private and public organisations in the state.

It said that mandating health insurance for residents and staff of corporate organisations was basically to make health care financing affordable and available to all, irrespective of class and status across the state.

These were announced by the State Governor, Babajide Sanwo-Olu, yesterday, during launch of the regulation for the Lagos State Health Scheme (LSHS), in Ikeja, organised by the General Manager of  Lagos State Health Management Agency (LASHMA), Dr. Emmanuella Zamba.

The governor noted that mandating everyone to get a health insurance plan was not to witch-hunt but to reduce the financial burden on individuals and their relatives whenever there was a need for medical care, saying this had often affected many that need healthcare and could not generate money for such.

He stated that the need for every resident of Lagos to get enrolled on a health insurance plan was included in the Lagos State Health Scheme Law 4 of 2015, which was passed by the State House of Assembly to achieve UHC as stipulated by different international health bodies.

Under the law guiding the health scheme, the governor, who was represented by Senior Special Assistant on Technical, Health, and Economist, Dr. Olumide Okulaja, stated that it was also mandatory for the government to create LASHMA to ensure implementation of the law.

“The LSHS also aims to ensure that healthcare costs are distributed across the various income groups in the state thereby enabling the government to concentrate on the provision of necessary infrastructure on health such as building new ultra-modern hospitals as well as renovating and equipping existing healthcare facilities.

“The agency, LASHMA, has the responsibility to ensure that all residents of the state engaged in the formal and informal sectors or employed in public and private organisations, as well as those who are unemployed, are registered on the scheme.

“This will bring the State closer to attaining Universal Health Coverage (UHC), which is a very significant milestone this administration would like to achieve as soon as possible”, he added.

According to him, UHC means that all individuals and communities will receive the full spectrum of health services they need without suffering financial hardship whenever there is a need for healthcare.

Sanwo-Olu stressed that UHC was to ensure that the quality of services rendered by health facilities could address the most significant causes of diseases and deaths thereby improving the health of those that receive them.

“We believe that if a sizeable number of Lagos residents subscribe to health plans and patronize public and private health facilities in the state, there will be a significant increase in the revenue generated by these facilities which will, in turn, lead to their expansion, thereby creating a significant amount of jobs.

“The facilities will then be able to acquire modern and up-to-date medical equipment to diagnose and treat hitherto “expensive” medical conditions. This will not only improve the quality of life of the people of Lagos state but also reduce the brain drain currently being experienced by our medical personnel as they will be better remunerated with better working conditions and quality of life. Lagos state will therefore become the place to travel to for efficient, quality, and affordable healthcare services”.

Earlier, the Commissioner for Health, Prof. Akin Abayomi, meanwhile, explained that the government would not be enforcing the plan on anyone at the moment until they have all understood the benefits of the scheme.

To ensure this, Abayomi hinted that LASHMA officials would be engaging religious, traditional, and community leaders in order to educate and encourage Lagosians to take up health insurance schemes for themselves.

He noted that the belief of the government was that engaging the public on why it was mandatory for them to have a plan would make everyone understand the benefits of LSHS and the need for quick attainment of better health coverage across Lagos.

The commissioner added that the engagement would also make Lagosians understand different plans available for them and how best they could access them.

“The scheme has created multiple layers of health plans to be patronized by the residents of Lagos state and by making registration on the scheme mandatory, it has also created and opened up the largest health insurance market in sub-Saharan Africa for the benefit of all stakeholders”.