We have reconcile our political differences in APC –… 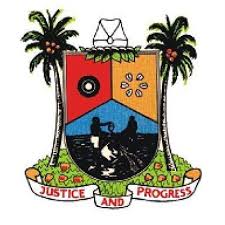 The Lagos State Government has explained its reasons for carrying out an online opinion poll on its social media platforms, saying that the move had been with aim to afford Lagosians the freedom to air their views and make the wishes of the people known to government.

It said that the Sanwo-Olu led administration placed a premium on the opinions of its state’s residents and that the online polls had been carried out in order to give a voice to the people.

The Permanent Secretary, Ministry of Information and Strategy, Olusina Thorpe, stated that the initiative was introduced as an inclusive strategy aimed at encouraging participatory governance by granting Lagosians the opportunity to contribute to the government’s decision-making process.

Thorpe confirmed that the poll would not be used as a sole deciding factor in the lockdown extension decision through a statement released on Thursday, but affirmed that the opinion votes would be considered alongside other pertinent factors.

He said that the poll, which was slated to end on Friday, May 15, 2020, would be collated across the social media platforms, and that results would be appraised in addition to other existing issues before a decision would be taken on whether lockdown would be extended in the state or not.

“Yes, we agree that the decision of the government on another Statewide lockdown should not be solely based on the outcome of the polls but the criticisms that had trailed the issue would make the government feel the pulse of the masses being governed,”

Thorpe assured Lagosians of government’s commitment to their safety, well being and satisfaction, while urging the people to be patient with the state’s administration so that decisions may be taken which would represent the views of residents.

He commended the people for expressing their views through the social-media polls and encouraged residents to adhere to the medically advised coronavirus preventive measures.