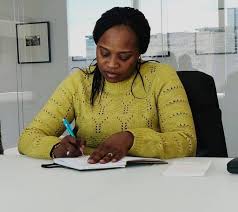 The Lagos State Government has disclosed that plans had been concluded for the take-off of Health Scheme designed for civil servants under the employment of the state government, saying all level of employees is covered in the scheme.

It said the development was in line with the state government’s commitment towards ensuring that all its workforce has access to good, quality, and affordable healthcare, to aid their effectiveness in the discharge of their duties.

The state’s Acting General Manager, Health Management Agency (LASHMA), Dr. Emmanuella Zamba, said the health scheme which is billed to take effect from 1st of June, 2020, was a testament of the priority placed on health and well being of the government employees.

Zamba, who revealed this at Alausa, Ikeja, said that with the take-off of the Lagos State Health Scheme for the staff, public servants would have access to medical care in any of their chosen facilities among over 200 hospitals under the scheme spread across the state.

While commending Governor Babajide Sanwo-Olu for the approval and payment of 75 percent of the annual Family Insurance Premium for each public servant, the balance of 25 percent, according to her, will be paid by public servants over a period of 12 months.

She said that with the payment, public servants in the state as well as their spouses and maximum of four children below 18 years old, have access to enjoy the benefits of the Lagos State Health Scheme at their chosen facilities

The Lagos State Government, in its commitment towards ensuring that all its workforce have access to good, quality and affordable healthcare, has commenced the Lagos State Health Scheme for its employees with effect from Ist June, 2020@jidesanwoolu @ZambaDr#ForAGreaterLagos pic.twitter.com/2tFvtp5npz

Akinwunmi Adesina: Any conspiracy from the Western block?