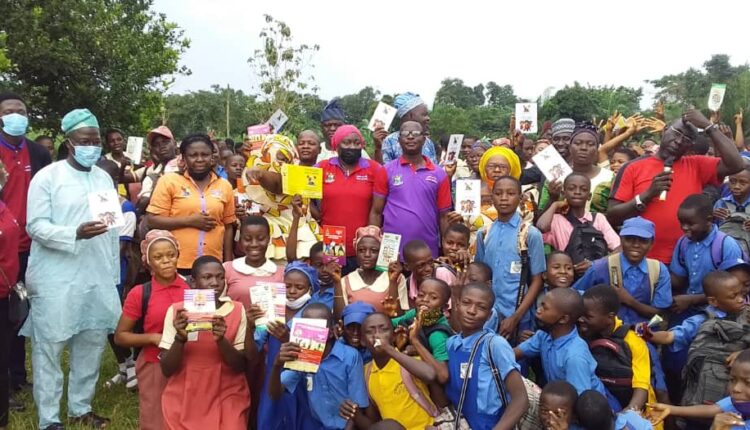 As part of it’s zero tolerance for child abuse, the Lagos State Government has extended it’s campaign on Child’s Rights Law and sexual abuse to more schools and equipped the schoolchildren with basic knowledge what constituted their rights in the state.

The state government through Office of the Public Defender (OPD), has also enlightened the students, teachers and other non-teaching staff on sections of the law enacted to protect students from any form of abuses across Lagos.

Addressing the students and teachers of Otta Ikosi Junior and Senior High School, Otta Ikosi in Agbowa Ikosi axis of Lagos, the Deputy Director of Legal for OPD, Olajide Odusanya, noted that the law was designed to safeguard their rights as children in the state.

According to him, OPD was purposely established to offer free legal services to victims of such violation, especially children and other vulnerable members of the public, and to ensure culprits are punished for violation of any individual’s rights, irrespective of relationship, status and position in the society.

Odusanya urged the students to take advantage of OPD’s Ikorodu office or any of its offices to report any case of rights violation for immediate action, assuring them that such a case will be treated with dispatch and ultimate confidentiality.

Also, the Head of Social Workers Unit, OPD, Habeeb Dosunmu, while addressing the students and their teachers on what constitutes domestic violence, sexual abuse and it’s preventive measures, said that victims of such violence and sexual harassment not to undermined any individual when it comes to such issues. He told the them that many cases of rape and molestation are perpetuated by acquaintances.

Dosunmu, meanwhile, enjoined the students not to allow such individual, irrespective of relationship, to take undue advantage of their body because of age, sex and vulnerability or to exploit them sexually or physically, stressing that any such abuse should be quickly reported to the appropriate authority within the school or to the nearest office of the OPD.

The campaign team had earlier paid a courtesy visit to the palace of Oba of Otta Ikosi, Oba Elias Omoloro, on the mission of OPD to sensitise members of the community on the functions and responsibility of the agency to provide free legal services to the disadvantaged people of Otta Ikosi and residents of the state in general.

The sensitisation and awareness campaign was part of the designed communication strategies of OPD to increase public awareness about the activities of the Office among the students and members of the public.