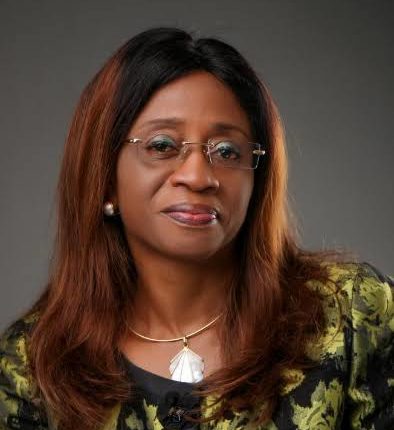 Share
By Monsuru Olowoopejo
The Lagos State Government has assured residents that several underground works have been expedited on the actualisation of the 4th Mainland bridge project including selection of preferred contractor and other activities to ensure full commencement of the project.
Also, the administration, led by the governor, Babajide Sanwo-Olu, has completed the rehabilitation and palliative works on over 351 roads to ease movement within in the state.
The Special Adviser to the Governor on Works and Infrastructure, Engr. Aramide Adeyoye, who disclosed the administration plans during an annual ministerial press briefing on Wednesday in commemoration of Sanwo-Olu administration first year in office, hinted that the popular Agege Pen Cinema flyover project would in another four months, September, be commissioned.
She noted that work on these projects would assist the government to address gridlocks and ensure seamless connectivity for motorist in the state.
According to her, the 4th Mainland Bridge will also be pursued vigorously to ensure its actualisation.
She said efforts were on to get the right contractors for the Lagos 4th Mainland Bridge project, promising that the best bids for the project would soon be revealed.
“The 38 kilometer 4th Mainland bridge has been in the pipeline in the last 20 years and the present administration will work on the project actualisation.
“This project, 4th Mainland bridge, is intended to provide a useful additional link between the Lagos Mainland [Ikorodu] and the Eti-Osa corridor is in consonance with State Transport Master Plan (STMP) and the Eti Osa/Ikorodu Master Plan, with the adoption of Public Private Partnerships (PPP) as the procurement model.
“The project procurement process has commenced with the successful completion of the Expression of Interest (EoI) Stage, which had 52 proponents/Bidders show interest and 32 compliant responses. The Request for Qualification (RFQ) stage is nearing completion, and this is expected to lead to the next stage, which is “Request for Proposal” (RFP) stage”, she added.
On the Agege Pen-Cinema flyover bridge, the Special Adviser hinted that since the administration assumed office last year, completion of existing projects was one of the  issue considered by the governor as very important for Lagos development.
Adeyoye argued that the present administration has taken the project far beyond what it inherited from the immediate past administration in the state.
“The construction of Pen Cinema flyover and access roads in Agege, currently at over 50 percent stage of work is scheduled for completion in September this year 2020. And, on completion of the flyover, it is expected to resolve the perennial traffic gridlock in Agege and its environs”.
While reiterating the administration’s commitment towards delivery of new road projects, repair and rehabilitation of existing roads to achieve its desired goal on infrastructures, the governor’s aide emphasized the need for people to cooperate with the government and make proper use of infrastructures in the State.
She further clarified that the State government had overtime, adopted connectivity of roads and effect it would have on easing traffic on highways as part of criteria determining choice of road construction in the State.
Throwing light on the completion level of some of the ongoing projects in the State, the Special Adviser disclosed that Murtala Muhammed road was at 92 percent and Lagos Badagry expressway (lot 1  Eric Moore to Mazamaza 100 percent) lot 2a (Mazamaza – Agboju100 percent) Agboju – trade fair 76 percent) (Trade fair to Okokomaiko23 percent) respectively.
While arguing that the 7 kilometer Agric Ishawo road is at 20 percent level of completion, she said: “Agric Ishawo is a dual carriage way with interlocking stone. We also have provision for pedestrian foot bridges across the road because we have envisaged the volume of pedestrian traffic. There is a bridge component that would link the proposed Fourth Mainland Bridge”.
Adeyoye, who stressed that the road would further drive development and open up the Ikorodu axis, said the project was planned to be executed in 3 segments with the first segment being 1. 2km spanning from Ebute to Igbogbo.