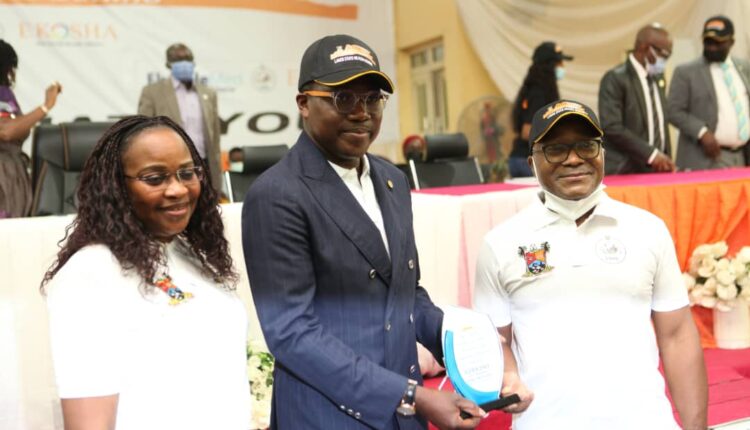 In a bid to boost the life expectancy rate across Lagos, the State Government has expanded its health insurance plan, codenamed Ilera Eko, to give residents ample opportunities to get adequate medical care on other ailments that were not included in the previous plan launched for the state.

The state government stated that the expansion was to ensure every Lagosians have an opportunity to choose the plans that suit them under the insurance scheme administered by Lagos State Health Management Agency (LASHMA) and get the healthcare services.

Some of the new plans brought on board to serve the Lagosians, particularly senior citizens include Ilera Eko plus, Ilera Eko primary, Ilera Eko tertiary, and others.

The General Manager of the agency, Dr. Emmanuella Zamba, announced the expansion on Tuesday during the first Customer appreciation week held at the Adeyemi Bero Auditorium, Ikeja which was also attended by the Commissioner for Health Prof. Akin Abayomi, who was represented by the Senior Special Assistant to the governor on health, Dr. Oreoluwa Finnih, Head of Service (HOS), Hakeem Muri-Okunola and others.

Zamba, who spoke on the theme: customers are king in LASHMA, hinted that the agency considered Lagosians, the true beneficiaries of the scheme, as people that deserve to get all they desired.

The General Manager, while speaking on the expansion of the healthcare scheme, disclosed that the plans were included to ensure that LASHMA serves Lagosians better and gets them better healthcare services as tied to each of the plans listed on the scheme.

She listed some of the treatments brought on board by the state government through her agency to include Cancer treatment, dental care, eye care, and also to ensure that patients, while under care, get adequate and nourishing food that could hasten their recovery rate.

“We have expanded the platforms to ensure that people enjoy additional health benefits. Under the new platforms, we have included more drugs, yearly medical screening, and CT scanning, feeding has been added because, under the previous plan, it was not included. We are able to give people coverage for cancer. And so many others under this addition”. 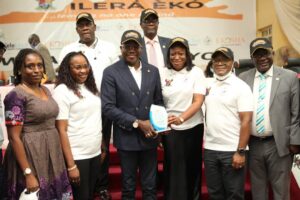 Aside that the agency boosted Lagosians’ access to get enrolled by adding five strategic offices across Lagos divisions, the LASHMA boss disclosed that over 200 hundred medical facilities across the state have been listed as locations where enrollees can get treatment through their plan.

Zamba, meanwhile, hinted that the 1% equity been paid by the State government for vulnerable Lagosians had assisted indigents battling with ailments to get treatment in the state.

According to her, you cannot do universal health coverage without equity. And that is why the government has set aside one percent of the consolidated revenue for that purpose. And we have about 40, 000 residents of Lagos state that are been funded under the equity funds. We also have people supporting the vulnerable that needed healthcare services across the state.

Earlier, Muri-Okunola added that the implication of the 1% funds was that “no one will be left behind in accessing quality healthcare, saying this is clearly on the road to attaining Universal Health Coverage (UHC)”.

While describing the scheme as a precautionary investment in wellness, he encourage enrollees to continuously remit their premium and stressed that the funds they pay would be available to them and members of their family whenever they needed it.

“My joy and pride are therefore best to imagine that today LASHMA is commemorating one year of the take-off of Ilera Eko. It is equally gratifying that enrollees on the Ilera Eko, Lagos public servants, and other residents, are sharing good testimonies about the benefits of the programme”.