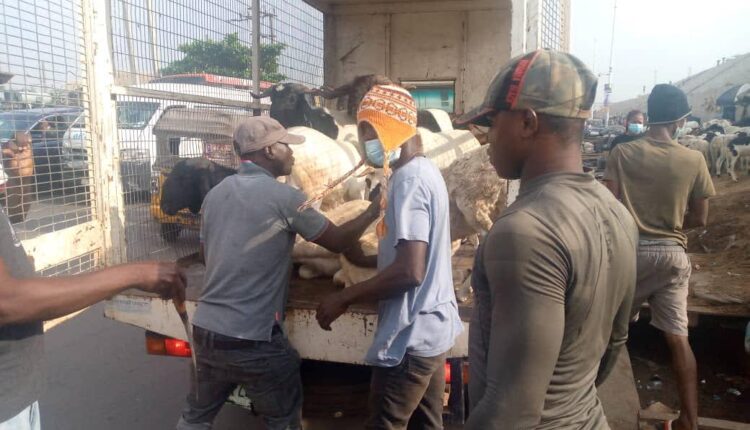 The Lagos State Government has seized 34 goats and 4.5 tonnes of meat from butchers operating across over 10 illegal slaughter slabs and animal markets at Ayobo, Ipaja; Oko Filling, Ikorodu; Odoguyan Road, Ikorodu; and Mangoro, Old Abeokuta Expressway axis of the State.

It added that the confiscated meat carcass was subsequently donated to the Bab-Es-Salam Home, GRA, Ikeja; the Real Woman Foundation, Magodo; and the Love Home Orphanage, CMD Road, Magodo Shangisha while the 34 goats would be auctioned to residents of Lagos.

Also, it stated that the butchers, who were dislodged by officials of Monitoring, Enforcement, and Compliance Team from the Ministry of Agriculture, would be prosecuted at Mobile Court of the Lagos State Task Force on Environmental Sanitation and Special Offences Office for trading at illegal locations.

The Commissioner for Agriculture, Abisola Olusanya, while reviewing the exercise carried out on Thursday, explained that the displacement was in continuation of the State Government’s sanitization and reform of red meat value chain aimed with the goal of producing wholesome meat for consumption within Lagos.

On the butchers, Olusanya explained that all offenders would be duly prosecuted and that there would be no option of fine in order to serve as a deterrent to others.

“During the week, officials of the Monitoring, Enforcement and Compliance Team (MEC) of the State dislodged four illegal slaughter slabs and animal markets at Ayobo-Ipaja, Odogunyan and Maya in Ikorodu, and Mangoro, Old Abeokuta Expressway.

“On Thursday during the operation, 21 live rams, 13 live goats, and well over 4.5 tonnes of meat carcass were confiscated and the meat carcass, after being certified safe for consumption were donated to orphanages and correctional homes. 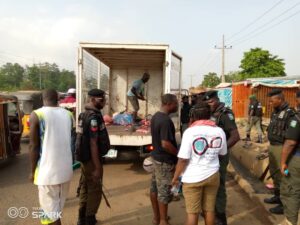 “We will recall that the State’s Monitoring, Enforcement, and Compliance Team resumed its activities on Monday, 19th April, 2021 in continuation of the State Government’s sanitization and reform of the red meat value chain with the goal of producing wholesome meat for the consumption of its citizenry.

“It has been observed that animals slaughtered at these illegal slaughter slabs are not inspected by veterinary officials, as a result, the wholesomeness cannot be vouched for; hence the need for officials of the MEC Team to continue the dislodgement exercise,” the commissioner added.

She also enjoined those who breed animals within their residences to restrain and prevent their pets from roaming the streets as these animals not only constitute a nuisance to public health, but also destroy the aesthetics created by the State Government to beautify the City adding that any stray animal confiscated by the MEC Team would be auctioned.

Olusanya, therefore, urged all animal health practitioners, cold room operators, and meat shop operators in the State to ensure that they are registered with the Veterinary Services Department of the Ministry of Agriculture and obtain appropriate license to operate within the state stressing that quackery would no longer be tolerated.